Popular comedienne, Mariam Apaokagi aka Taaooma has threatened to sue one Olashile Owolabi who tweets from @olaondeck over his allegation that she got paid N1.5 million for a job that she did not deliver to taste.

She stated this in a Friday statement through her management firm, The Greenade Company.

The Herald can report that in a tweet that went viral, Owolabi alleged that a company paid the comedienne the sum to deliver a comedy skit.

He said that when the job was done, the company expressed dissatisfaction with the job done.

According to him, Taaooma was however unconcerned about the client’s reservations, telling the client to “take it or leave it”.

But in the statement, Greenade stated that Owolabi’s comment was “utterly false, misleading and calculated to malign the person of Taaooma”.

The statement further stated that neither Taaooma nor the company had any communication or business dealings with him that could have necessitated the tweets.

It added that that the comedienne has over the years proven herself to be steadfast in her dealings.

“Let it be on record that we have contacted our lawyers and steps will be taken legally to seek redress against the person of Mr Olashile Owolabi,” the statement read in part.

It further stated that all media outlets that reported Owolabi’s tweets without verification would equally face legal action. 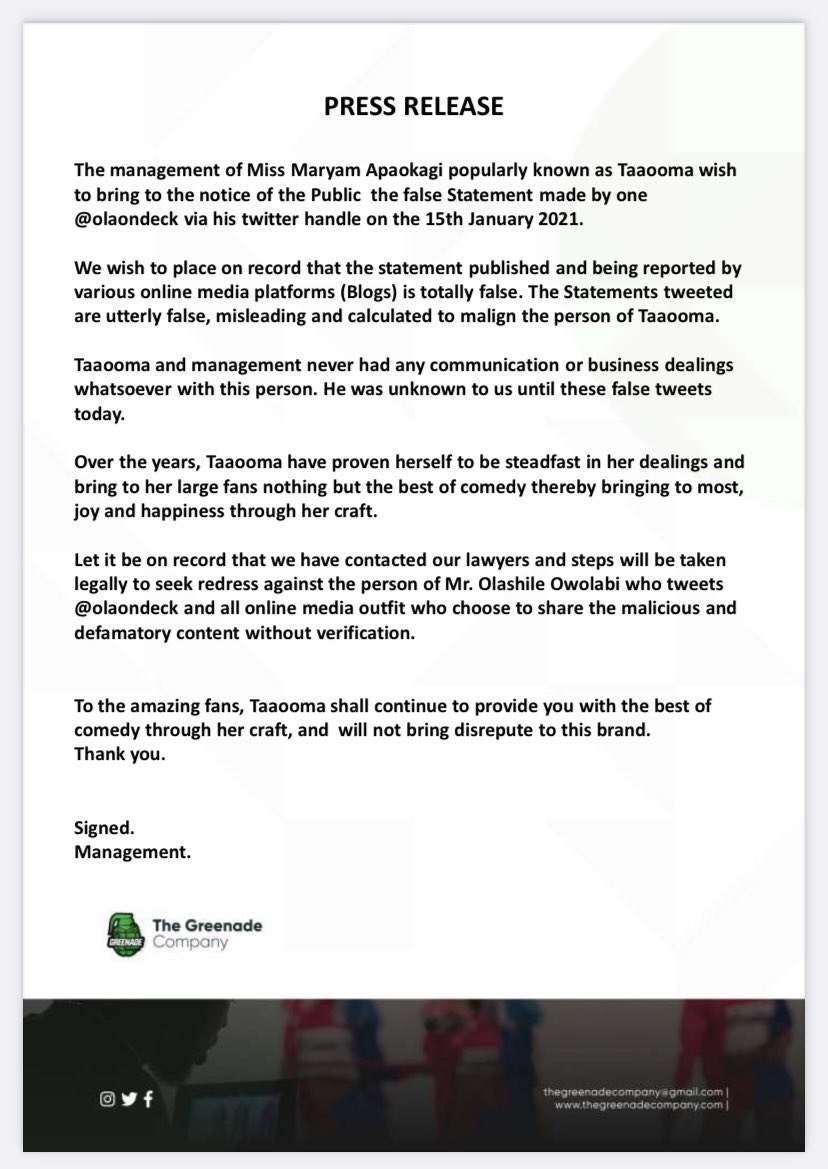 Read Also: Not A Hair Must Fall From Kukah’s Head – By Femi Fani-Kayode