The Taxify driver who was accused of kidnap and assault by Nollywood actress Dorcas Fapson has fought back with a lawsuit.

The story blew up yesterday and it was reported that the Taxify driver had picked up Fapson and after a misunderstanding had driven her towards a place that was unknown to Fapson and according to her had tried to pull her out of the car.

She had then used pepper spray on her assailant and used this to try to escape.

The Taxify had tried to defend himself saying that he had been respectful to Ms Fapson all through the journey and that she had made him apprehensive by speaking on the phone in Yoruba which he interpreted as an act of aggression.

In lawsuit filed by the driver’s lawyers, Chancellor Chambers, he demanded for a public apology from the actress for the libelous publications she made on social media, tagging him as a “Kidnapper” and a “rapist”.

Below are the documents served on Ms Fapson 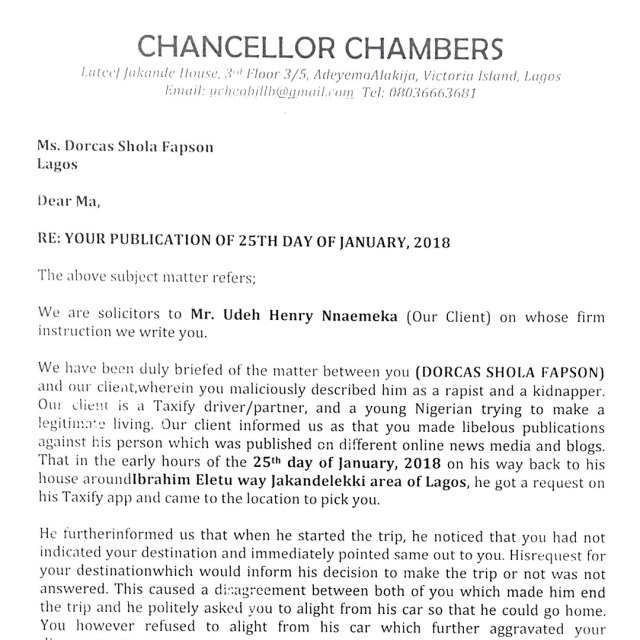 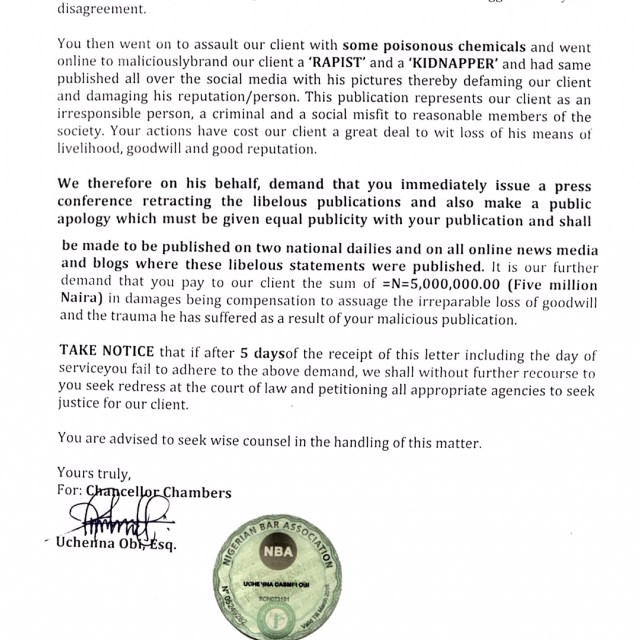 Why Kogi Governor Will Soon Go To Prison – Dino Melaye