The National Parliament of Paraguay has concurred to grant the “Comuneros” National Order of Merit to Nigerian Prophet TB Joshua. This was decided this afternoon, August 9th 2017, at the sitting of the Parliament in Asuncion, according to 970 AM Radio journalist, Nativida Romero.

Avanza País MP, Rocío Casco, did however oppose it on grounds that the distinction had previously only been awarded to citizens of the country. For his part, the legislator Villalba maintained his position.

Villalba put forward his arguments, in full session, where he expressed that Joshua, compelled to visit Paraguay, “will bring peace and blessings to the population.”

“I do not just want to welcome him to our country. We pray that his stay be as fruitful as possible and that it will be a blessing to our nation. For the first time ever, I propose the National Order to be awarded to a personality and I am proposing that he be awarded this distinction by the Members of Parliament,” said Villalba.

Villalba solicited the preacher be presented the national honour at the Defensores del Chaco Stadium, where he will host the crusade. 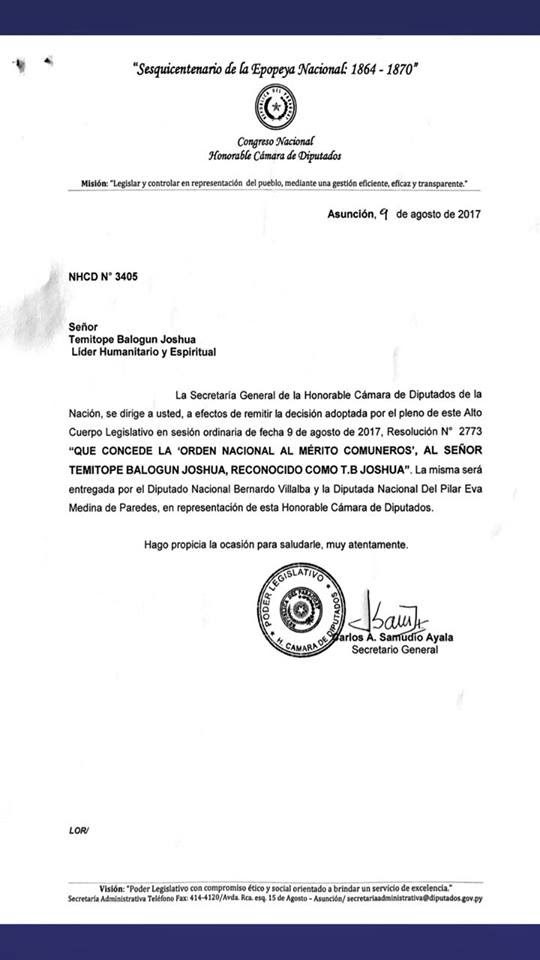 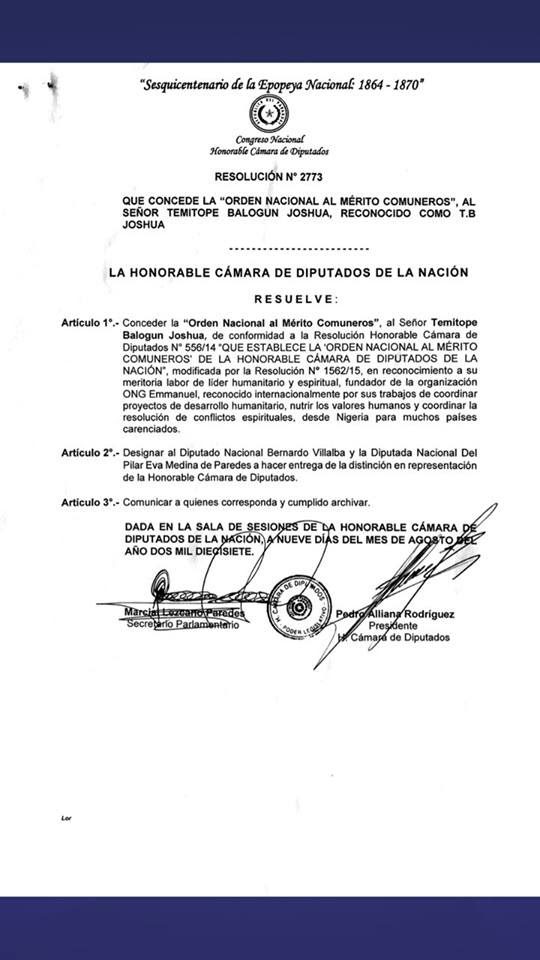 Nothing Nigerian About Failure – Osinbajo Reads Riot Act To Ministers

Nigeria seems to transit from one major national challenge to another –…

Mummy GO: Those behind social media trend sent gunmen after me