Nollywood teen actress Regina Daniels is facing some heavy backlash after she was accused of sharing another aspiring actresses nudes because the latter refused to sleep with a producer.

The incredulous accusations came from revelations posted by popular blogger, Amanda Chisom who shared the salacious story on Facebook.

“Meanwhile, yesterday a young girl came to me that this never more than 17 years nollywood actress was blackmailing her and threatening her with nudes if she does not go to sleep with a certain producer. This is supposed to be a teenager oh threatening another teenager she asked for nudes so she can introduce her into acting that if she does not sleep with a certain producer. In my typical fashion, I went to this child first and asked her to make sure that she does not post nudes of anybody and familiarise herself with the cyber crime act. Obviously, she does not have any brain she decided she cannot be threatened with lawsuit and have initiated the process of posting the nudes….

So I will return the favour and post every chat, names and details. We were all teenagers , we did stupid things but for this one to assume her Asaba popularity and instagram fame is enough to start pimping out her fellow teenagers to paedophiles and blackmailing people is something we must all cut at the root. I do not even want to know who is involved and who gives her guts. This post is a cannon shot. Let those who know her tell her. Because I will not only post, I will make sure the law goes after her. Let her take down the girl’s picture from that website before I wake up…”

Below are the photos of the chats used as evidence 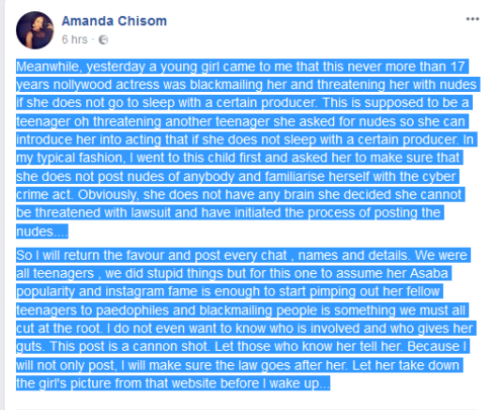 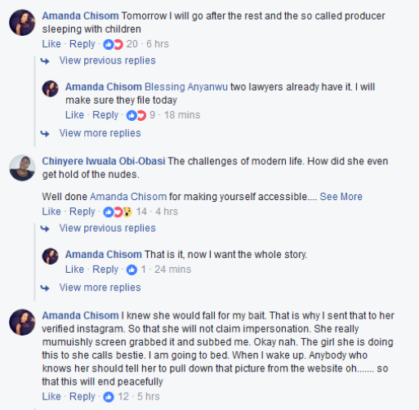 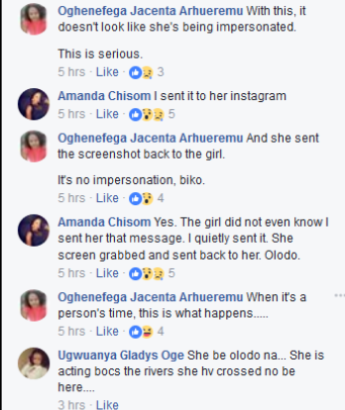 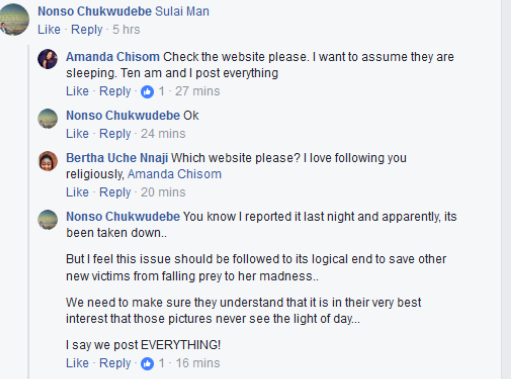 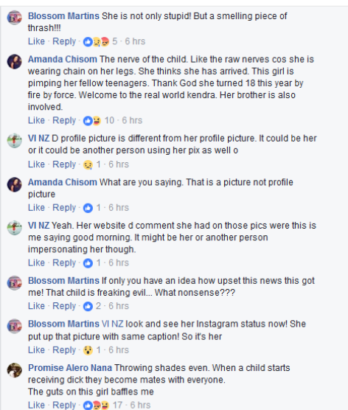 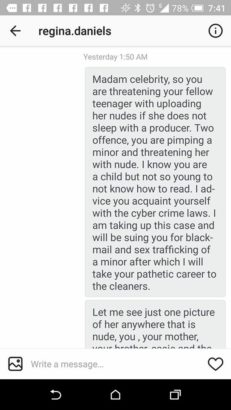 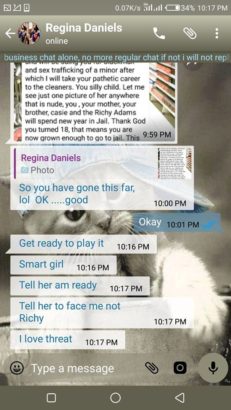 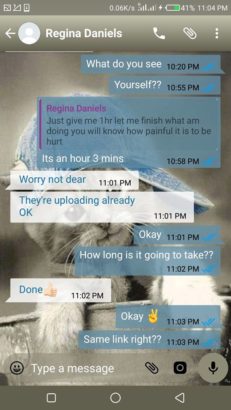 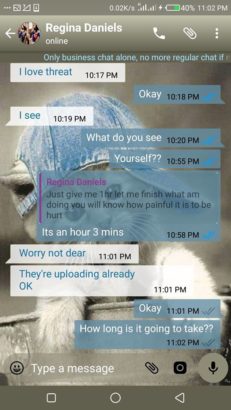 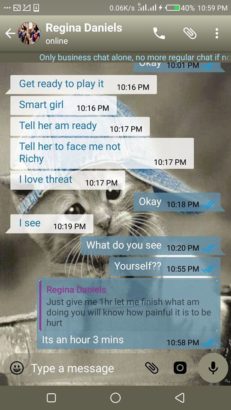 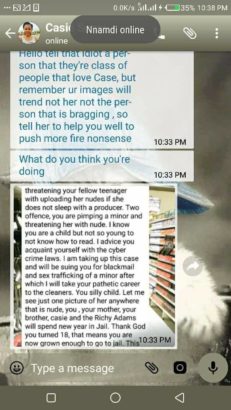 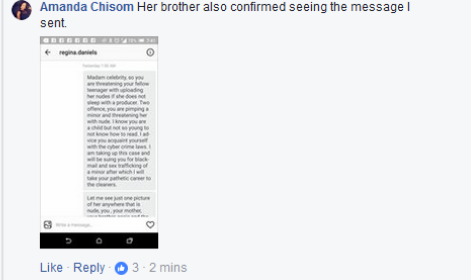 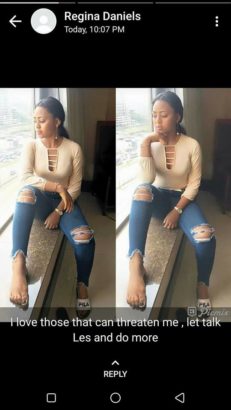