The Many Sins of Abba Kyari

When the news of the demise of the Chief of Staff to President Buhari, Abba Kyari was announced, there was mixed reactions among Nigerians. While ordinary Nigerians rejoiced, politicians in power mourned the loss of a man described as the backbone of the Buhari administration.

Leading the charge of mourners was Garba Shehu, the senior Special Assistant to the President on media and publicity. He extolled the virtues of the late Abba Kyari and attacked anyone who didn’t think he was an angel.

Together with Bashir Ahmad, personal assistant on new media to the President, the duo made sure a Kano State commissioner was removed from office for painting Abba Kyari in a bad light while mourning his death.

Subsequently a campaign of sorts was mounted on social media extolling virtues of the man we all looked as the hand of the king and the real power behind the throne.

Suddenly, Abba Kyari never abused his power and blocked access to the President. He wasn’t the same person who left Nigeria to present a bill to President Buhari to sign in London forgetting that we had a vice President. President Buhari was on medical vacation at the time. 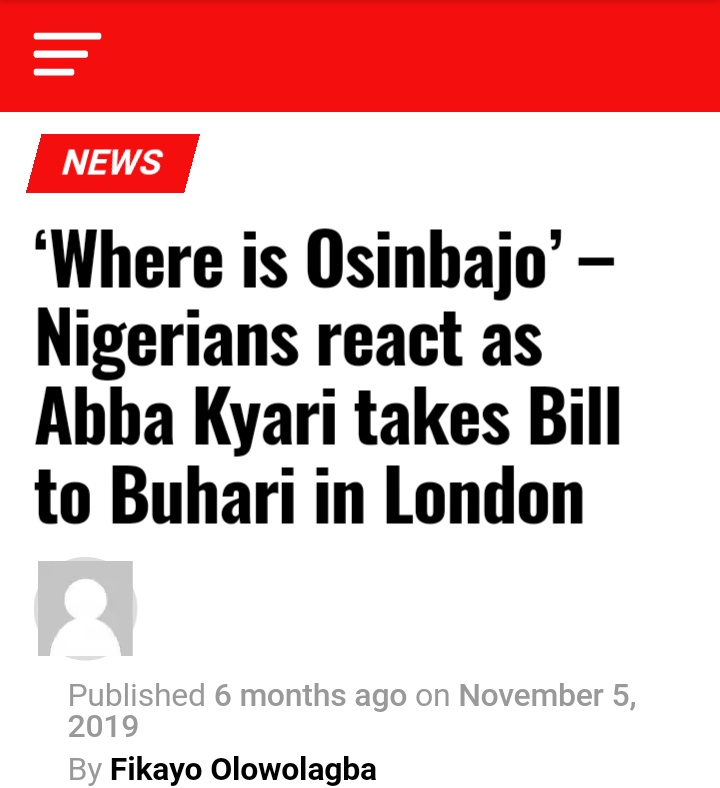 Abba Kyari became the dedicated civil servant who had the best interest of Nigerians at heart. He became an avid scholar and caring father figure who gave away books to young critics and called to make sure they got home safely.

Abba Kyari became the man instrumental in the return of the Abacha Loot to the Nigerian government only to be relooted in the name of conditional cash transfer scheme.

They say one should not speak ill of the dead, but it is important to point out truths for the sake of posterity and generations that will come after us.

See Also: Tell The Country What Mysteriously Killed People In Kano Within 7 Days -Falana To FG

Late dictator, General Sani Abacha was good to some people while he was in power, but ordinary Nigerians rejoiced in the streets when he died. Irrespective of his personality, the policies adopted by his government had far reaching effect on ordinary Nigerians.

So while social media may be filled with stories of the humility and uprightness of this late strongman, here are some of his actions (mostly alleged) that have shaped our national life as a country and gotten us to where we are today.

AbbaKyari was accused by his own relative, Bako Waziri Kyari of collecting N29m+ to “facilitate” the award of a N300m contract on live radio. He was thereafter detained by DSS for months without being charged to court.

The EFCC officer, a DSP, who dared to open an investigation into the scam was also detained by the DSS. He was later posted out of Abuja for his “over-diligence” 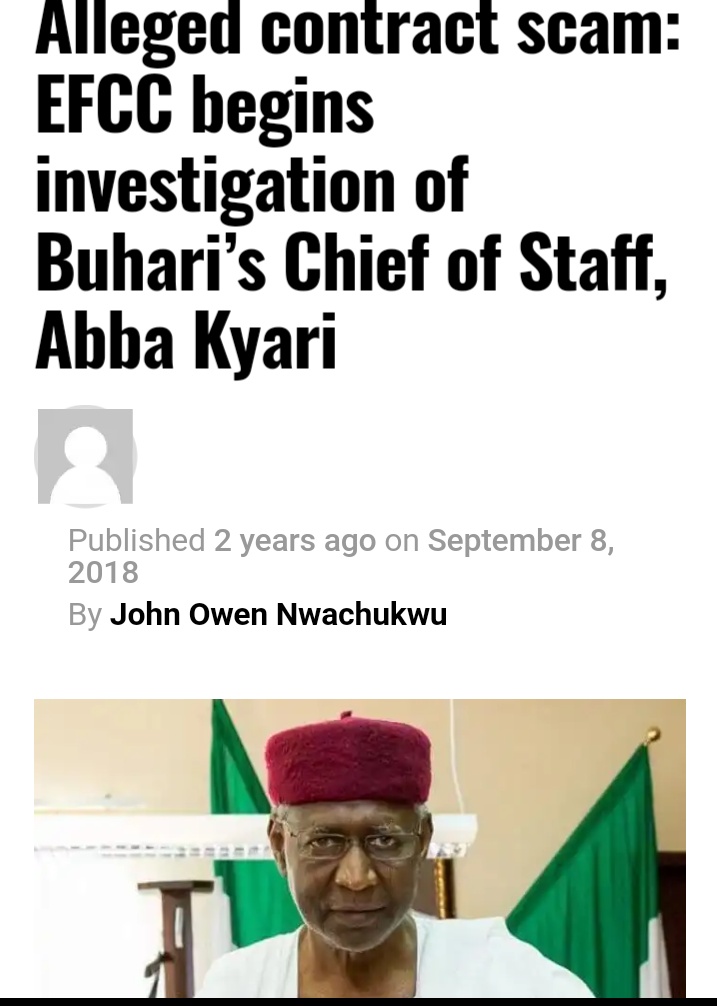 Abba Kyari had a public altercation with the Former Head of Service, Oyo Ita who claimed she warned the Presidency not to reinstate the wanted pension scandal fugitive, Abdulrasheed Maina. Oyo Ita was eventually removed as HOS, with criminal charges of fraud brought against the highly experienced civil servant. 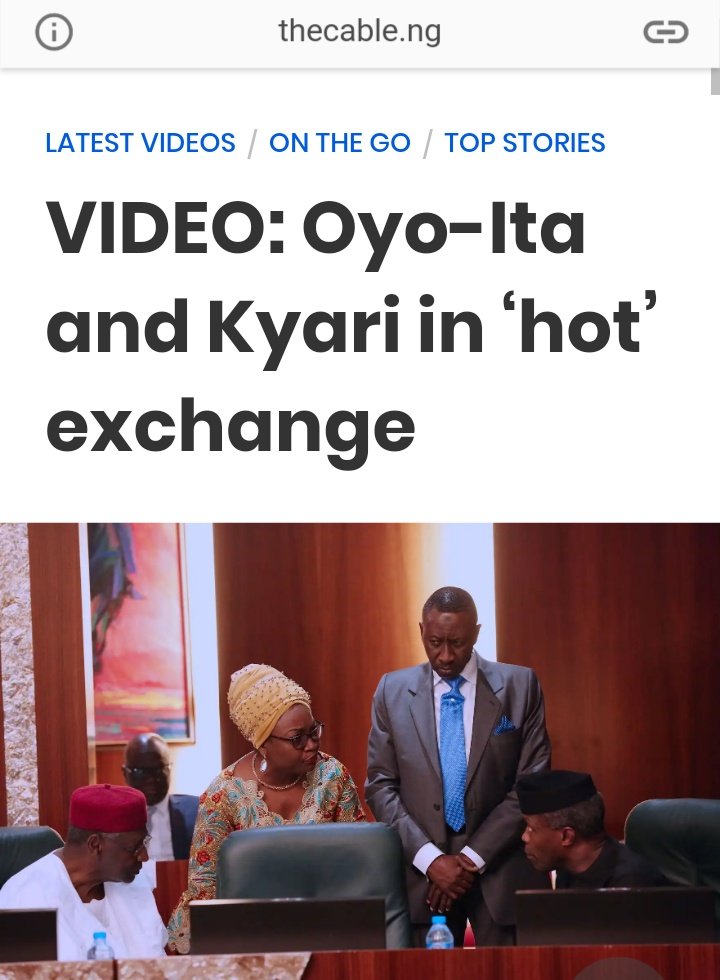 Abba Kyari was instrumental in reinstating Abdulrasheed Maina who was sacked for stealing pension funds and was wanted for criminal proceedings by the EFCC. This was carried out in secret despite repeated warnings from the HOS. 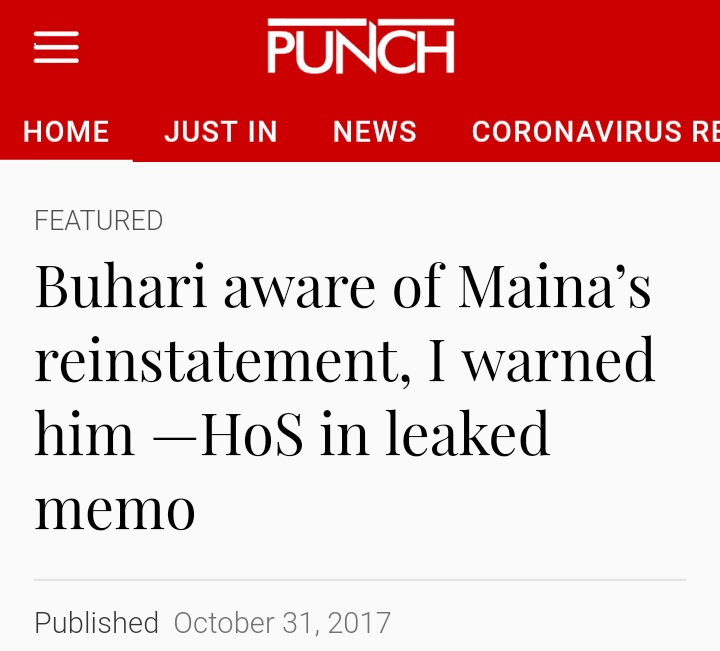 The Minister of State for Petroleum, Ibe Kachukwu was removed from office for exposing a $24 billion scam. 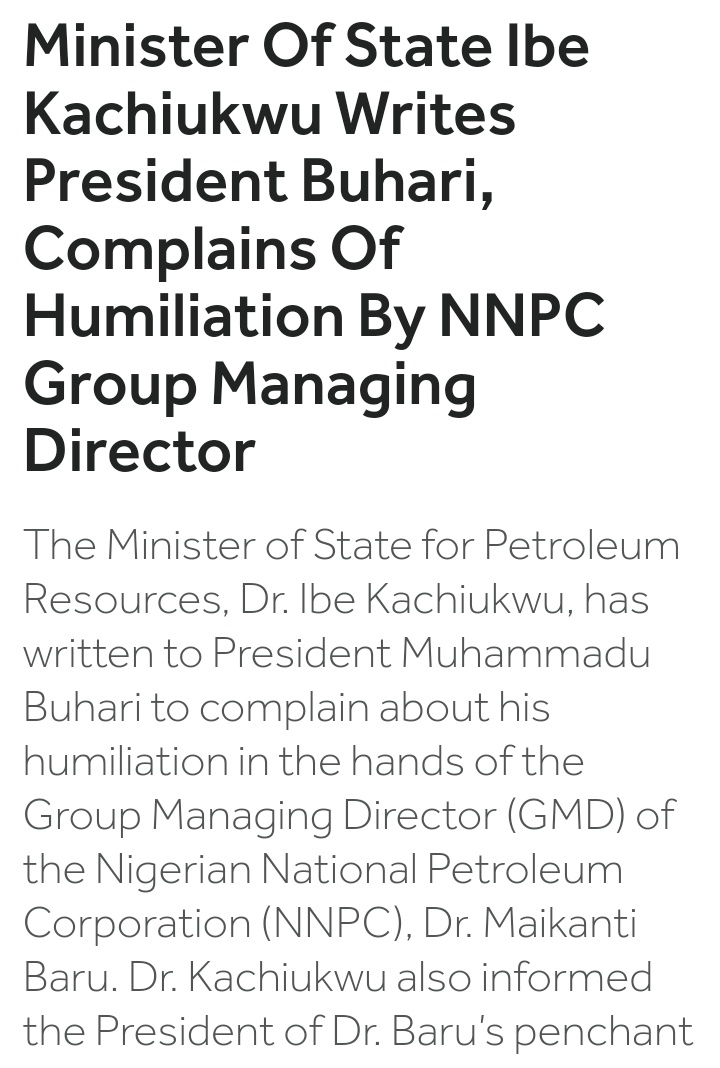 Abba Kyari allegedly collected bribe from MTN to help get the government to reduce its multi billion dollar regulatory fine. Although he denied the allegation at the time, the MTN time was eventually reduced. 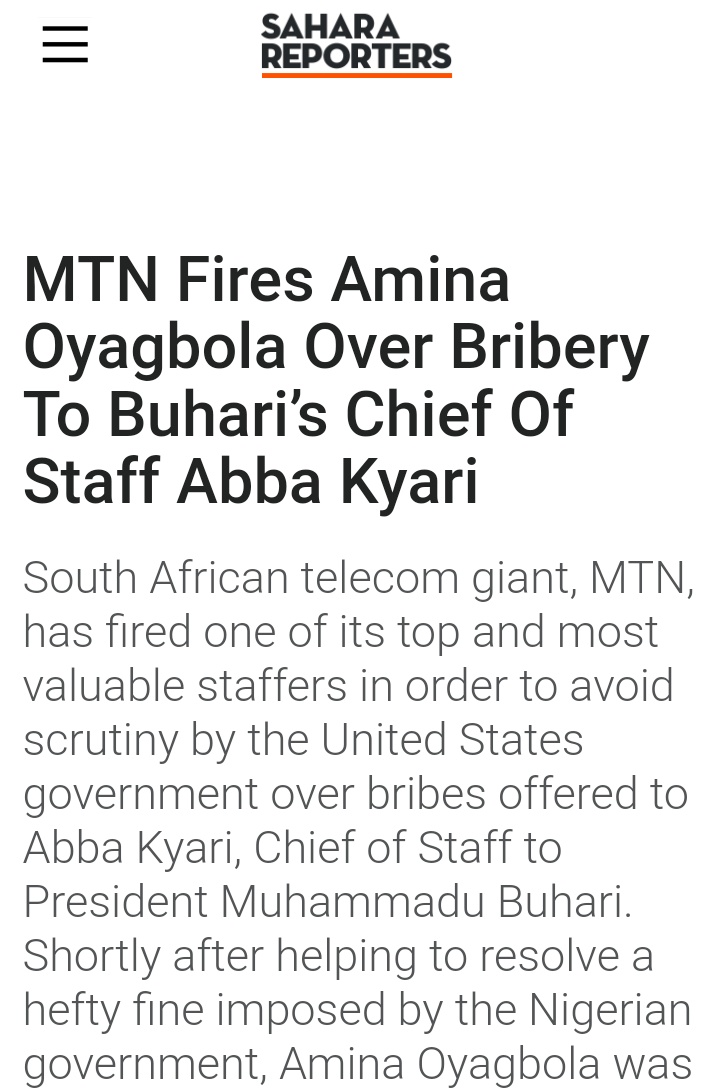 6. The creation of Vice President Academics position for Yemi Osinbajo

After Vice President, Yemi Osinbajo exercised his powers during one of the many medical tourism trips of President Buhari, the vice President became irrelevant in the affairs of the Presidency as all powers became concentrated in Abba Kyari. The President even announced that all correspondence to his office must pass through his Chief of Staff.

The appointment of Mathew Saiyafa as head of DSS was thwarted by the COS while the Chief Justice of Nigeria sworn in by VP Osinbajo, Walter Ononghen was schemed out of office.

Not sparing any spoils, the social investment programmes under the office of the vice President was taken away and put under a new Ministry of Humanitarian Affairs, thereby completing the subjugation of the professor of Law.

A lot of people who knew Abba Kyari on a personal level may have fond memories of the man they looked up to and admired, his actions in our national lives however have affected most Nigerians negatively and they look at his death as an act of God in righting the many wrongs in this country. 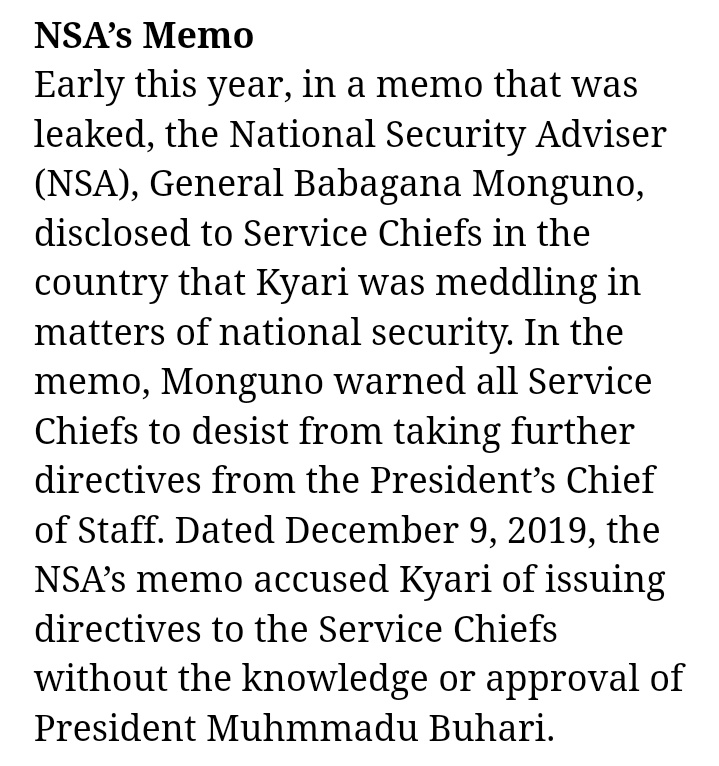 The people rejoice when the righteous are in power but complain and mourn when the wicked takes over.