An Ibadan-based doctor, @_edwin_cole, says armed robbers have taken everything he owns.

He stated this in a tweet on Friday while revealing that dare-devil robbers attacked his home in the wee hours of today.

The victim said it was the second time in four months that he would be robbed, noting that the first one occurred as he was returning from work.

According to the victim, the home is inside an estate that is opposite a police station.

The doctor revealed that the armed robbers shot more than 15 bullets into the air to scare away any potential helpers.

He said he lost his laptop, phone and many other valuables in the attack. 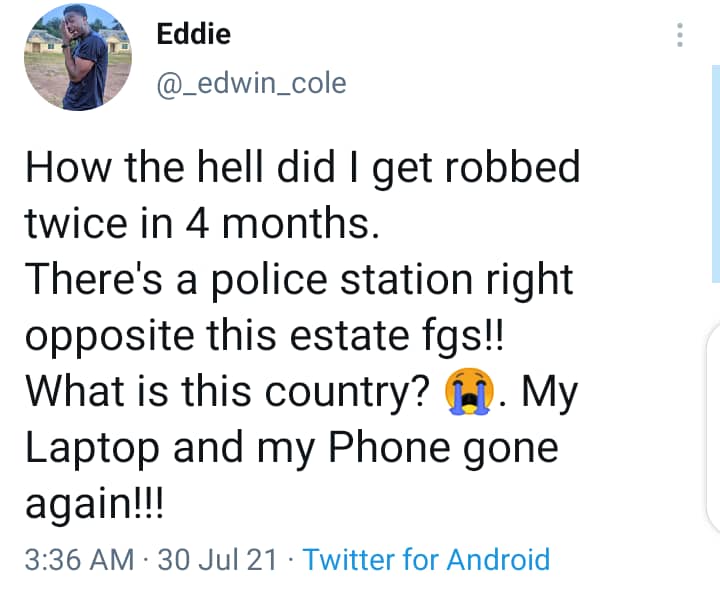 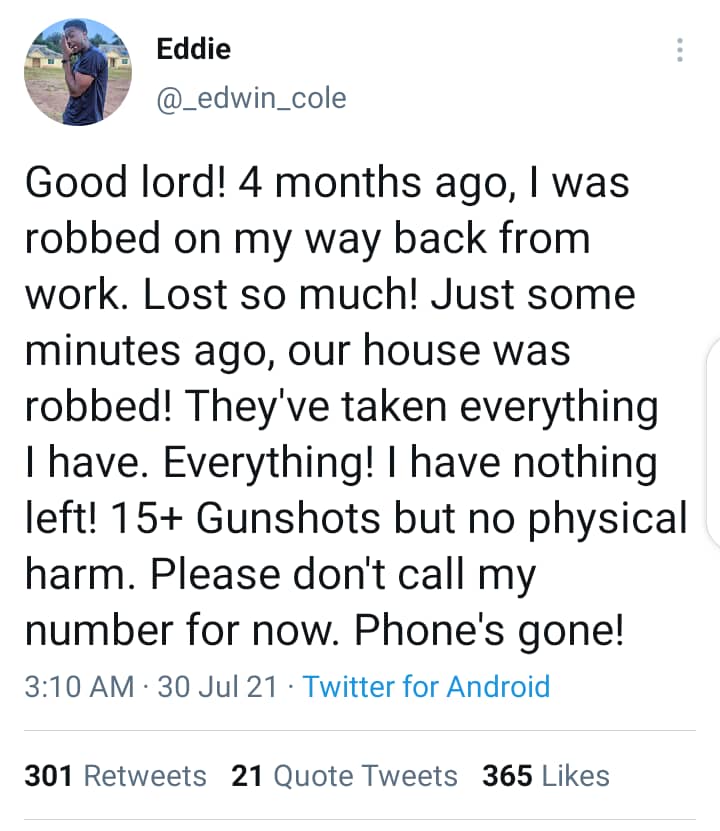