Timaya blasts politician who tried to give him marriage counseling

A certain politician identified as Mr Eghosa Agnonifo , took to his Instagram page to dress down singer, Timaya, over his statement on marriage and in response, Timaya said to him ‘ stop beating your wife ‘

Recently, a  video circulated over the cyberspace yesterday where Timaya was seen advising other celebrities present at the scene, to forget about marriage and just get a child with a woman.

He mentioned that marriage doesn’t work.

Timaya received several backlashes from various quarters and Mr Eghosa also deemed it necessary to wade into the situation. But it eventually led into a serious online altercation with the duo.

Lol @ this FOOL. Your strategy no go work. U will never be a successful politician. Be happy with ur marriage and stop beating ur wife. Olodo

The man then said:

U can’t have anything against me boy. U need the tutoring class and pls go apologise to ur beautiful wife for using her as a punching bag. U WILL NEVER BE A SUCCESSFUL POLITICIAN. 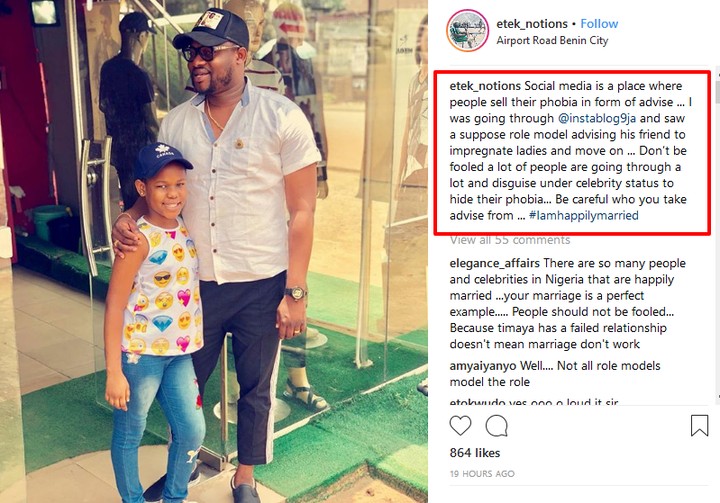 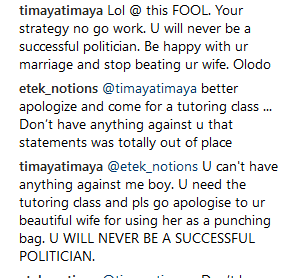 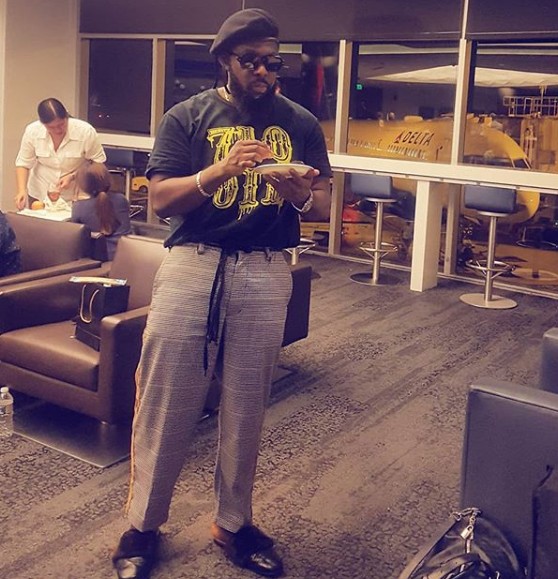 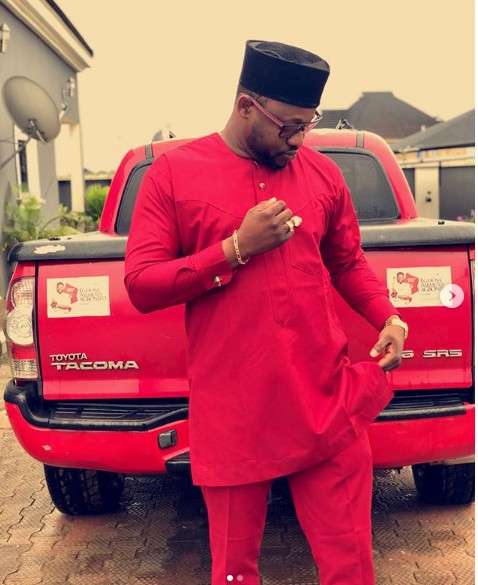 CAN Speaks On Sunday Igboho‘s Comments About Pastor Adeboye

BBnaija: Mercy Eke Reacts As Fan Tattoo’s Her Face On His Body