Timi Frank: There is a Plot to Assassinate Atiku and Saraki In the North

Timi Frank, a former Deputy National Publicity secretary for the All Progressive Congeress, (APC) has warned that there are plots  by members of the opposition party to assassinate the presidential candidate of the People’s Democratic party, Atiku Abubakar, as well as his Campaign Director, Bukola Saraki, when they go to a particular campaign ground in the north.

Timi equally explained that PDP has already written a petition concerning the issue and forwarded it to the United Nations, the American Government, the African Union, as well as governments of Canada and the United Kingdom. He mentioned that if Atiku or Saraki were to be harmed, the present administration will be held accountable. 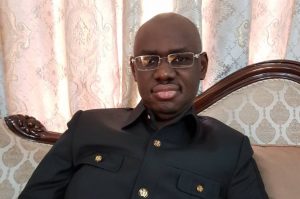 He further explained that the intel they got was that the opposition would hire hoodlums to disrupt the campaign, and then hire a police officer to aim at Saraki or Atiku with their rifle. Frank also said that the plan is to blame the hoodlums for the assassination. And that the current administration believes that the only way to stop Atiku from becoming Nigeria’s next president is to assassinate him

In his statement, Timi said, “what we are saying is that through the help of God and intelligence, we are getting to know some of the evil plans of the APC’s administration to stop the will of God for Nigeria. Politics should not be a do-or-die affair the way APC is playing it. Although the growing acceptability of Atiku Abubakar is threatening but the APC and the Buhari presidency should learn to play the game by the rule.

“Any attempt to cause havoc, using hoodlums or security agents will be resisted by Nigerians. We are raising this alarm because we don’t want to take anything for granted. We have seen political assassinations in the past and the country has also witnessed the recent assassination of a former Chief of Defence Staff, Alex Badeh, allegedly carried out by this administration for political reasons.”

The Buhari Presidential Campaign Council is a Looters List – PDP