Deji has called on concerned Nigerians to join him as he submits the petition today at the  headquarters of the Economic and Financial Crimes Commission office in Abuja.

Deji Adeyanju made this known via his official Twitter page; he wrote “I will be submitting a petition to @officialEFCC tomorrow morning by 10am (Friday 25th Oct) to investigate Bola Tinubu over 2019 election eve Bullion Vans. Join me at the headquarters of EFCC close to Baze University in Abuja if you can. 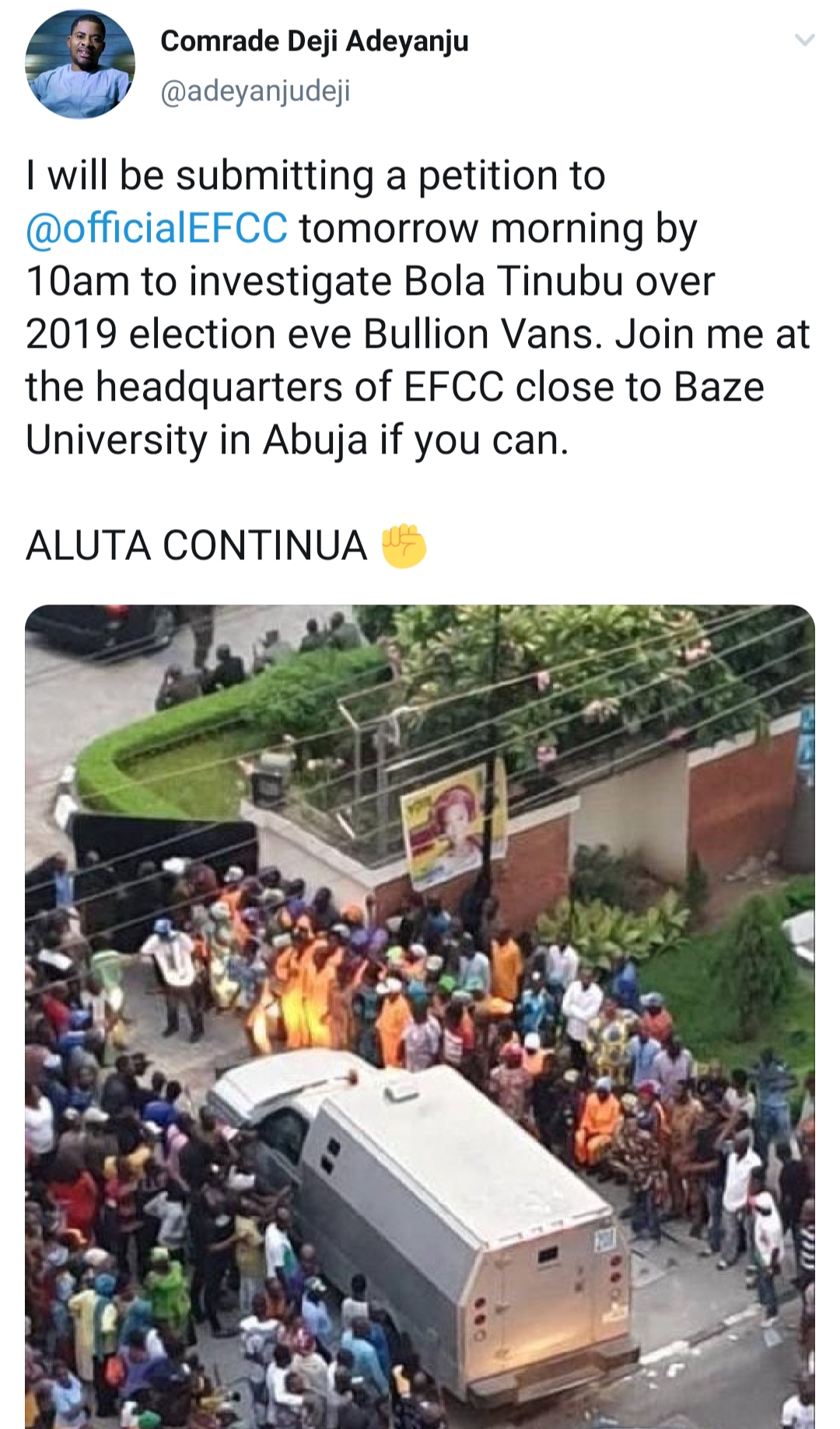 According to Segalink, EFCC are  selective in the types of financial crimes they prosecute, following the arrest of 70 alleged Yahoo boys at a popular nightclub in Osogbo.

Segalink said the EFCC could not question Tinubu over his bullion vans but was quick to run after yahoo boys. EFCC then challenged Segalink to write a petition against the APC if he was that concerned about the bullion  vans.

However, Deji Adeyanju,  Convener of Concerned Nigerians has taken up the challenge of writing the petition against Tinubu