The founder of Nairabet, Otunba Akin Alabi, has shared an experience his friend had with payment of tithe.

He said a broke man approached his friend, lamenting about not having any money to feed his family with and also pay his children’s school fees.

Alabi said his friend, who was concerned after hearing the man’s story, gave him N250,000.

However, Alabi said his friend became furious after learning that the man had paid 10 percent of the money, that is N25,000, as tithe in church.

Alabi, who shared the story via his Twitter handle, said his friend vowed never to help the man again. 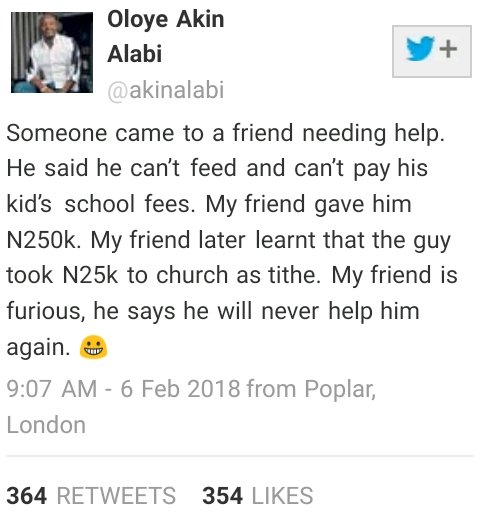 What Celebrities Will Be Doing With Their Valentine’s Day