Top 5 Affordable And Quality Cars Of 2017

2017 has been a great year for automobiles as there have been several futuristic cars which have hit the road bringing a more defined technological advancement to their predecessors.

However, of the several cars which have been released in the year, there are some top vehicles which score the highest based on their Road test, reliability, quality, price and consumer satisfaction.

Here are the 5 top vehicles of 2017 according to consumerreports:

Developed by Mazda, launched by Scion, and now marketed as a Toyota, the Yaris iA proves that subcompact cars can delight. A different model from the Toyota Yaris hatchback, the frisky iA sedan stands out in a segment filled with insubstantial models. It feels refined for this entry-level class, with a smooth and willing four-cylinder engine, slick six-speed automatic transmission, and relatively compliant ride. Mazda’s sporty DNA shines through the well-tuned steering and eager handling to bring playfulness to this affordable party. A full-featured infotainment system and standard low-speed automatic emergency braking add further appeal, making the Yaris iA a desirable no-excuses budget sedan.

This redesigned sedan and hatchback bests two segment stalwarts, the Honda Civic and the Toyota Corolla, with an Overall Score at the top of the class. The formula is simple: Put the Malibu and Impala in a shrink ray, reducing scale but preserving the commendable driving manners and generous available features. The result is a hushed, smooth-riding sedan that’s roomy enough to be a budget-friendly alternative to a midsized car. The polished 153-hp turbocharged four-cylinder engine is lively yet frugal. The Cruze we tested returned a good 30 mpg overall, but look deeper into the data and you find that it achieved 47 mpg on the highway. Given that impressive figure, it might not be worth waiting for the diesel engine. 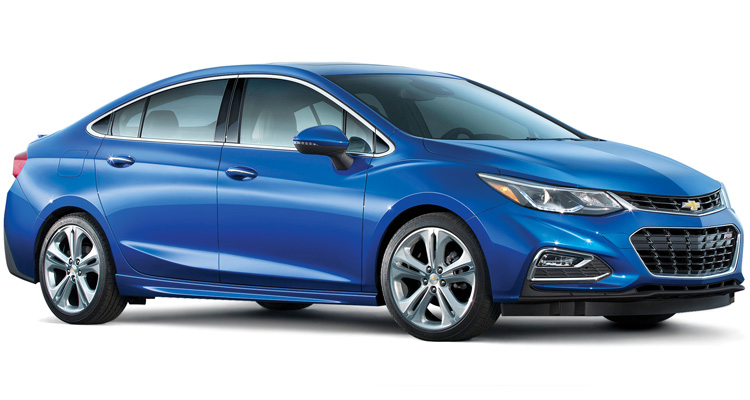 The car that pioneered the hybrid movement and has defined fuel-efficiency for four model generations still stands tall as an innovative green machine. Its fuel economy in our tests was a staggering 52 mpg overall—the highest we’ve ever recorded in a car that doesn’t plug in. Prius also touts excellent reliability, a remarkable accomplishment given the inherent complexity of its hybrid powertrain. It has improved even more with its recent redesign, reducing cabin noise, improving ride comfort, and making handling more responsive. Sweetening the deal, the new Prius comes standard with a comprehensive suite of safety features. Being green has never been so easy or smart.

The Mazda MX-5 Miata is the embodiment of driving pleasure. Its alchemical formula has been honed since 1990, with the core ingredients consistently being a pliant four-cylinder engine, rear-wheel drive, sharp handling, and light weight. The real magic is in how the machine responds to the driver. The modest power is harnessed to great effect with a slick-shifting manual transmission with closely spaced gear ratios. The Miata truly comes alive on winding roads, with immediate steering response and a handling balance that will make you grin. On top of all that, it gets impressive fuel economy. Fantastically fun and frugal, the Miata is spellbinding. 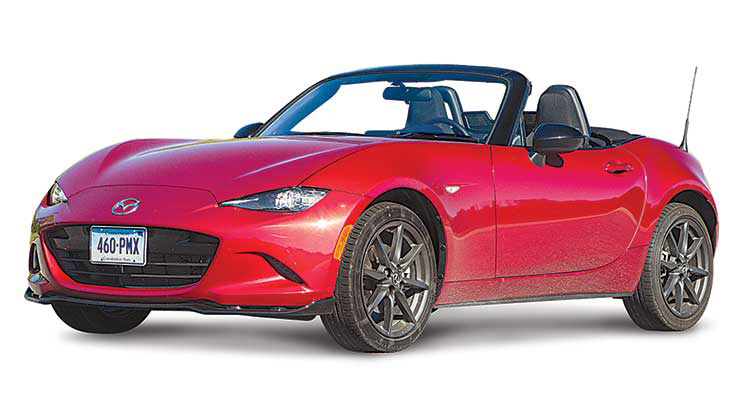 Move over Honda Accord and Toyota Camry: The Kia Optima rocks the midsized sedan segment as a smart alternative to the me-too mainstream. It checks all of the right boxes for family-sedan buyers, with responsive handling, a steady ride and pleasant powertrain, short stopping distances, easy-to-use controls, and a roomy backseat. The Optima is a vehicle that delivers all of these virtues in a stylish, value-laden package that’s filled with features usually found on pricier cars. With outstanding reliability and extensive warranty coverage, savvy sedan shoppers should take this recently redesigned car for a test drive.

Nissan to Electrify all New Vehicles in Key Markets in 2030s