In an exclusive with Spurs TV Tottenham Hotspur manager, Mauricio Pochettino opens up about the international break, injuries, and his take on Crystal Palace and the challenge they pose as a team pegged against his.

Asked about what he’s been up to since the draw at Arsenal, Mauricio open up;

“It’s not easy. After the holiday and pre-season, we played four games, then it’s another two weeks without competition. It’s tough. I reviewed a lot of things, worked, spent a few days in Barcelona, then back and watched a lot of international football, trying to be ready for a tough month ahead, seven games. It’s going to be exciting.”

Eric Dier, Tanguy Ndombele, Ryan Sessegnon and Kyle Walker-Peters are back in training but Giovani Lo Celso is out and Davinson Sanchez a doubt after picking up injuries on international duty…

“First of all, we need to assess them (Dier, Ndombele, Sessegnon, Walker-Peters). They are training with the group but that does not mean they are ready to compete. It’s two different things. But of course I’m happy because they are going to be close to helping the team. The bad news is that Giovani Lo Celso got an injury playing for the Argentina national team. That’s really sad. It’s about the team, about the squad and I’m happy with some news, not as happy with other news.” 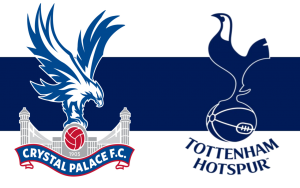 On his thoughts about the game on Saturday and what he thinks about Crystal Palace manager, Roy Hodgson;

“It will be a tough game. Palace have showed they are a strong team, a team that’s it’s difficult to create chances against, a team that beat Manchester United away (2-1 on 24 August). We know very well it’s going to be tough. I always talk about my respect for Roy. I admire him. He’s a great manager, he’s doing fantastically at Palace and that will make the game more difficult.”

On the suggestion that Newcastle may have declared open season on Spurs after the team loss 0-1 to Newcastle;

“Every game is different, circumstances are different, and the reality is this is going to be a different game to Newcastle. We hope we can change the result and that we play better than we played against Newcastle. We know very well that we need to improve on that performance and to start winning games.”

On the playing seven games in three competitions in the space of one month;

“That is why we need all the squad fit and the right mentality to compete at our best. All the players, for sure, are going to have the chance to show their quality. You need to enjoy it and to play seven games in 21 days, I am not going to complain. We are going to find solutions and we need to be strong. We cannot change that reality.”

“Not even Street protest can change our Leaders” – Charlyboy

Reactions As Dybala Beats Ronaldo To Serie A MVP Award