Lord Trigg, Toyin Lawani’s baby daddy has slammed reports that he threw a shade at her when he posted the photo with the caption below; 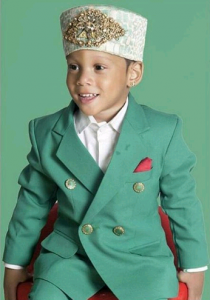 Read after the cut…

“Common stop misunderstanding my captions am really a weird ass guy.. I type like am outta space.. I got issues with no one .. that caption Is the chorus of some song .. please yall gatta stop this.. stop tryna come up with stories that ain’t true. I pulled by to see jermaine 30mins before I posted that photo of pablito jnr (jermaine) with a caption that got nothing to do with his momma and yall tryna make a damn story out of it?.. nd his momma was right there while my boy and I were having fun.. nd she joined the party too.. so how tf 30mins later same lame ass friends be calling me saying “u on the damn blog about something I know u don’t give a fuck about” yea dey know I really don’t give an ef about it… yall gatta know this am sick of this shit.. stop saying am shading no one cause we way cool.. stop this shit. Am working too damn hard to be getting these lies come out ur mouths or Fingers.. smh”

Drugs Possession: CDQ Rains Curses On Those Behind NDLEA Ordeal