Some Americans are outraged after it was reported that US President Donald Trump’s administration has restored a Christian tradition to the white house that has not been practiced in at least one hundred years.

The Christian Broadcasting Network reports that weekly bible studies are now a staple feature at the White House.

According to the report, “Some of the most powerful people in America have been gathering weekly to learn more about God’s Word, and this Trump Cabinet Bible study is making history.

They’ve been called the most evangelical Cabinet in history – men and women who don’t mince words when it comes to where they stand on God and the Bible.

Ralph Drollinger of Capitol Ministries told CBN News, “These are godly individuals that God has risen to a position of prominence in our culture.”

“I don’t think Donald Trump has figured out that he chained himself to the Apostle Paul,” Drollinger laughed.

“Mike Pence has uncompromising biblical tenacity and he has a loving tone about him that’s not just a noisy gong or a clanging cymbal,” Drollinger said in part. “And then fourthly, he brings real value to the head of the nation.”

Drollinger praised Attorney General Jeff Sessions, who he said also attends the gathering, for quickly turning around and using the lessons of the weekly session.

“He’ll go out the same day I teach him something and I’ll see him do it on camera and I just think, ‘Wow, these guys are faithful, available and teachable and they’re at Bible study every week they’re in town,’ ” Drollinger told CBN, referring to Sessions.

Many liberal Americans took to Facebook to express their anger concerning the development: 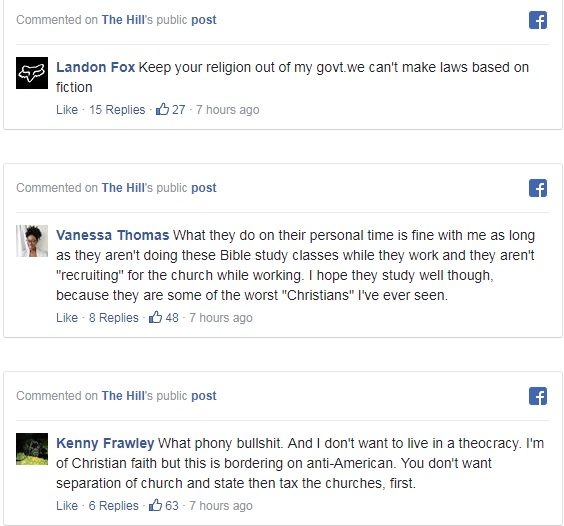 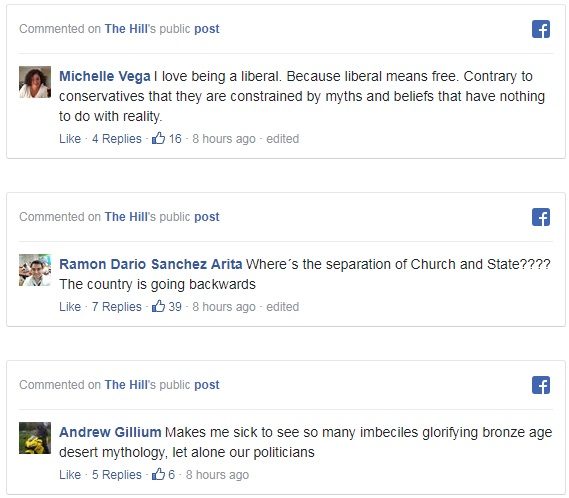 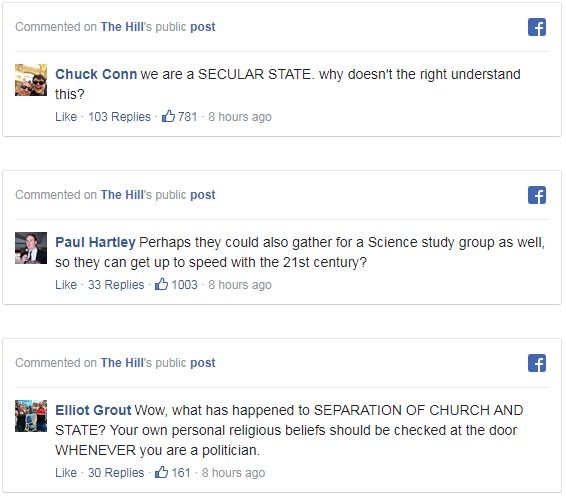