Kiss Daniel, the sensation known for his hit single, Woju, and the most recent Good time which was so good ‘Weezy Weezy’ Wizkid had to jump on has involved himself in the age related controversy.

The graduate of the Department of Water Engineering from the Federal University of Abeokuta, FUNAAB, who claimed to have graduated with a 4.32 CGPA said he graduated at the age of 18 and thus the brouhaha started.

Analysts have since capitalised on the statement and launched social media investigation into the matter which puts his age at university entry to 12. 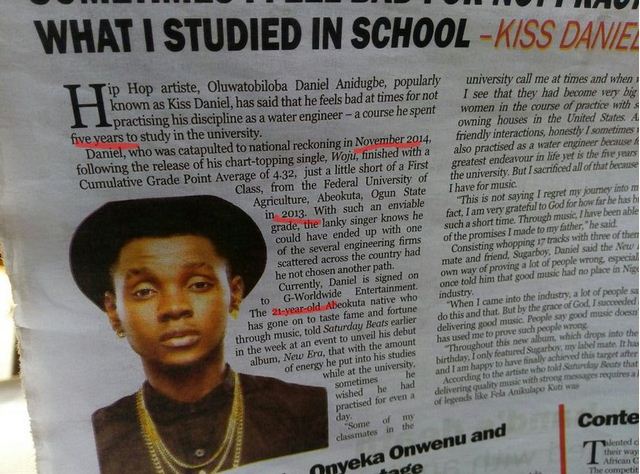 Further to this, the Artiste’s Wikipedia page also suffered molestation;

Osun court remands Masquerade custodian, 3 others over murder of Muslim