Two NFL stars, Greg Robinson and Quan Bray are facing up to 20 years in prison respectively after authorities found about 157 pounds of marijuana inside the car they were in at a border patrol checkpoint.

The Cleveland Browns offensive tackle, 27, and free-agent wide receiver Quan Bray, 26, were arrested at the Sierra Blanca border checkpoint near the United States and Mexico border this week, according to an official statement from the Department of Justice in the Western District of Texas.

According to Adam Schefter, Robinson and Bray were in possession of 157 pounds of marijuana which was found inside several large duffel bags in the rear cargo area of a vehicle they were driving.

After an inspection on car authorities found “approximately 157 pounds of marijuana inside several large duffel bags in the rear cargo area,” TMZ also reported that border patrol also found 23 mason jars, an electronic scale, $3,100 in cash and a can-sealing machine. 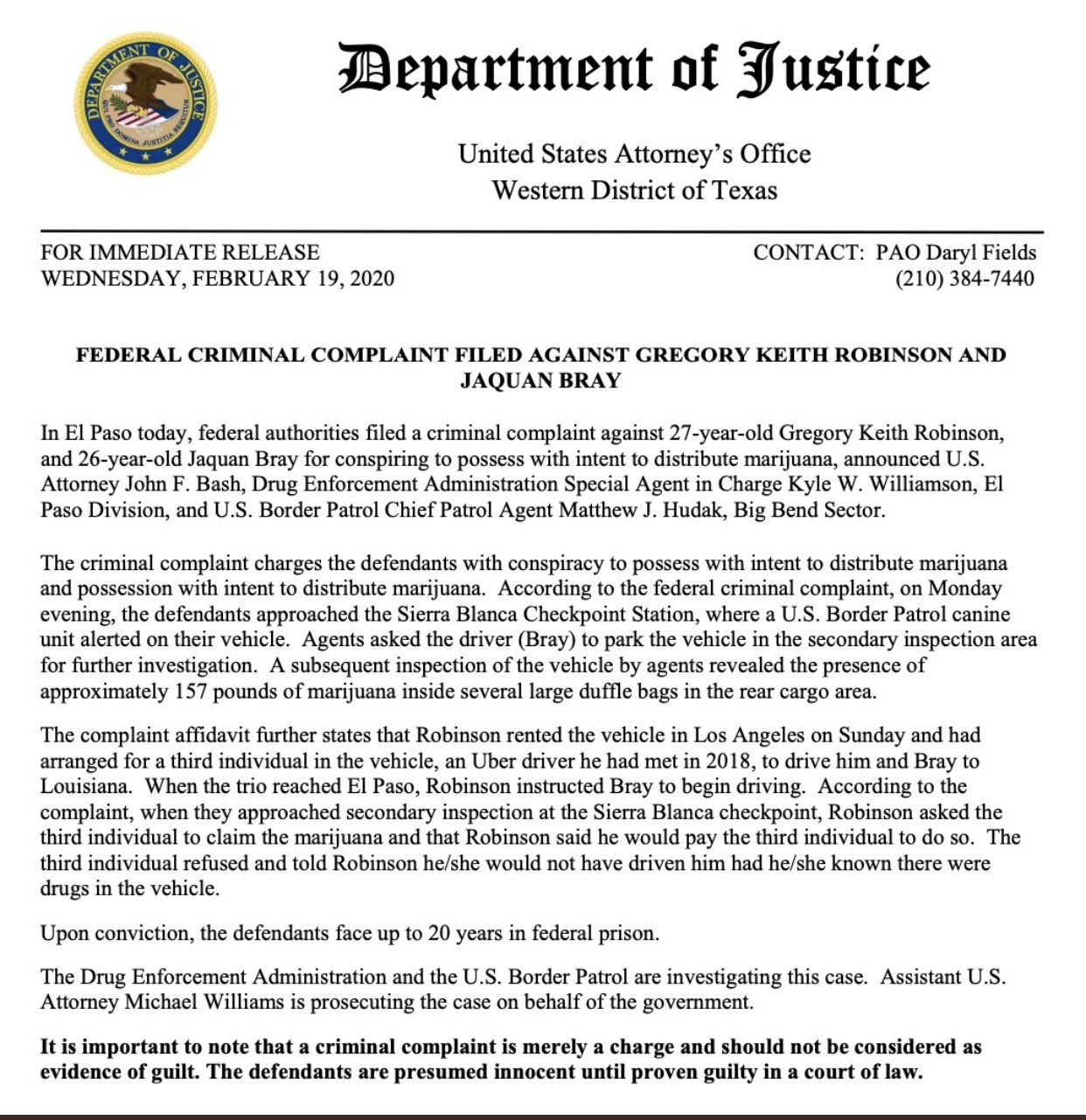 ‘We Haven’t Agreed To Call Off Strike’ – ASUU Debunks Rumors