U. S based Nigerian lover gets beaten up in UNIZIK

A U. S based Nigerian Man was disgraced at the Nnnamdi Azikiwe University, after he showed up to beat his supposed lover’s boyfriend.

The drama started after the man who returned recently from the U. S, placed a call to his girlfriend at midnight to communicate  with her, but it was alledged that her campus boyfriend picked up the call and threatened to deal with the caller.

The man who was visibly angered by the threat, dared all the consequences  and stormed his girlfriend ‘s school with the intention to confront the campus boyfriend.

On getting to the school, the U. S based lover dialled his girl’s number and coincidentally, a student was close by, answering a phone call to which he assumed was the intruder and pounced on the young man. 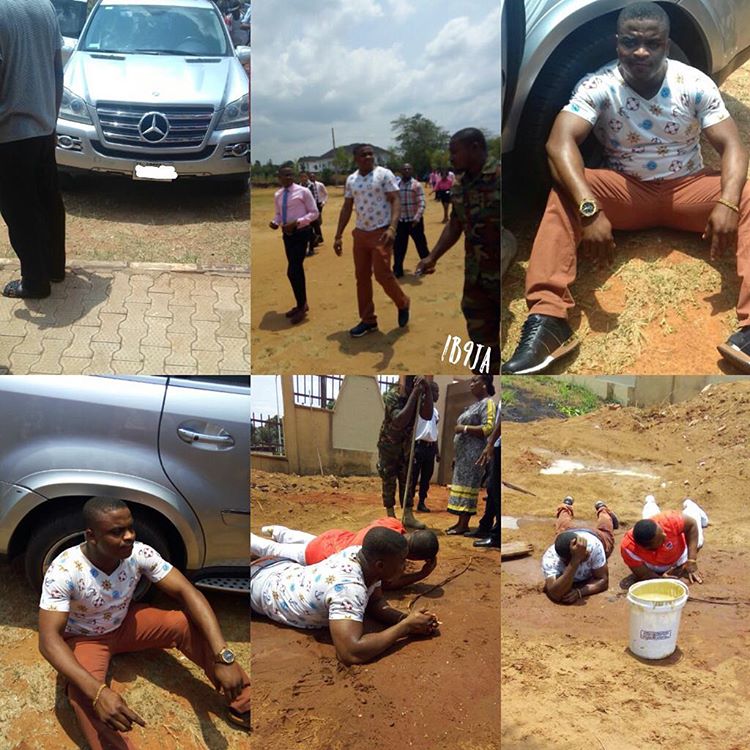 The security personnels of the school got wind of the happenings and intervened in the matter.

They eventually  disgraced the man and his accomplice, before taking them out of the school premises.