To understand this bill, one needs to realize that Nigeria’s democracy is a bastardized version of the Western democracies practiced abroad.

The Hate Speech Bill is a law that seeks to close the mouths of the people, under the pretense of a free society. A law that guarantees freedom of speech but not freedom after speech and by doing so, it seeks to muzzle the thoughts, aspirations and yearnings of Nigerians.

It is a law that seeks to be able to punish a Nigerian for political grievances spoken about passionately. Nigeria is a country where a DSS spokesman can call a Nigerian civilian and professor a bastard for inquiring into the human and civil rights of another citizen, but if a man names his dog after the president, Buhari, he is arrested and victimized for it.

Nigeria is a banana republic where the kleptocrat class has its sights set on eating all the bananas and then running away somewhere abroad to enjoy their loot while they nibble on croissants and lick gelato, even as the masses perish in penury, and a seemingly inescapable middle class where taxes rise, but so do government corruption, ineptitude and oppression.

With the social media bill, and the hate speech bill, the Nigerian government is seeking to muzzle any opposition so it can perpetuate itself in power without any form of dissent from opposition elements or even the everyday Nigerian who is miffed at the way the country is being ran into the grounds.

Buhari who many believe did not legitimately win the 2019 election, wants to ensure that no Nigerian can make him feel bad online. Even though many Nigerians do not even want to be a part of Nigeria anymore. This is all convenient for Buhari’s agenda of course, as to have a Ruga settlement near an Igbo man’s village. Such an Igbo man must have relocated to Canada, India, or Cambodia. But before you say cambo gini…what is more frightening is Buhari is having his way. 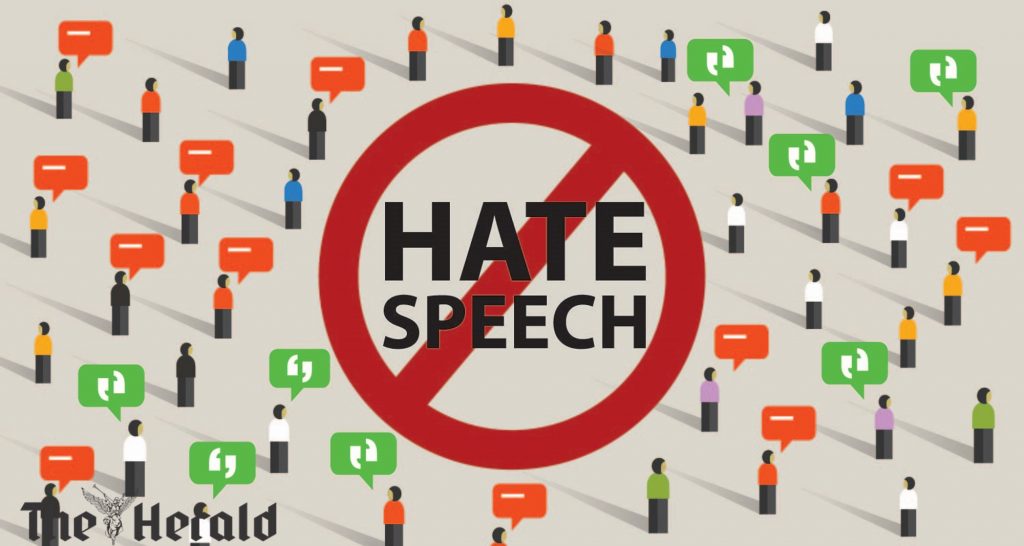 By clamping down on any element that seeks to badmouth his agenda for the foreigners he is seeking to nationalize, he must first of all make the residents uncomfortable. Enter SARS, EFCC and all the other alphabet boys running around and making the life of the Nigerian youth so hellish that many are relocating in droves to places like Libya.

Then the second prong of the approach is to utilize the rubber stamp national assembly to make the financial fortunes of Nigerian’s dwindle. Enter the new 7.5% VAT law etc. finally same National Assembly is expected to pass laws that will make an already corrupt police force empowered to harass Nigerians and pry into their social media activity. In developed societies, the streets would be aflame by now, but Buhari seems to have cast some spell on the populace such that they stand wide-eyed and witness his retrogressive and draconian acts, and yet do nothing.

This hate speech bill deserves more ire and outrage from Nigerians. However the reps of the people are busy falling over themselves to pass the law fast enough in order to frustrate our lives further.

*Mike Chibuzor, a social media practitioner wrote in from Lagos

Nigerian Lady Loses International Job Due To Her Nationality

Zulum: South-East Won’t Get 2023 Presidency On A Plate