Ghanaian comedian based in the US, Michael Blackson has made a move against online platform, The Shade Room after it released a footage of his solo sex tape.

The comedian further alleged that the sex tape in which a full frontal of him was displayed was the handiwork of his ex, a bitter one at that.

Michael Blackson who went on to rant on his Instagram page noted: “First of all, that’s not a hotel, that’s my house in Delaware I bought back in 2008.‘That pic looks about 4 years old because I was lighter back then, my ex is still mad about her bladder infection and the bitch misses the mutombo.” 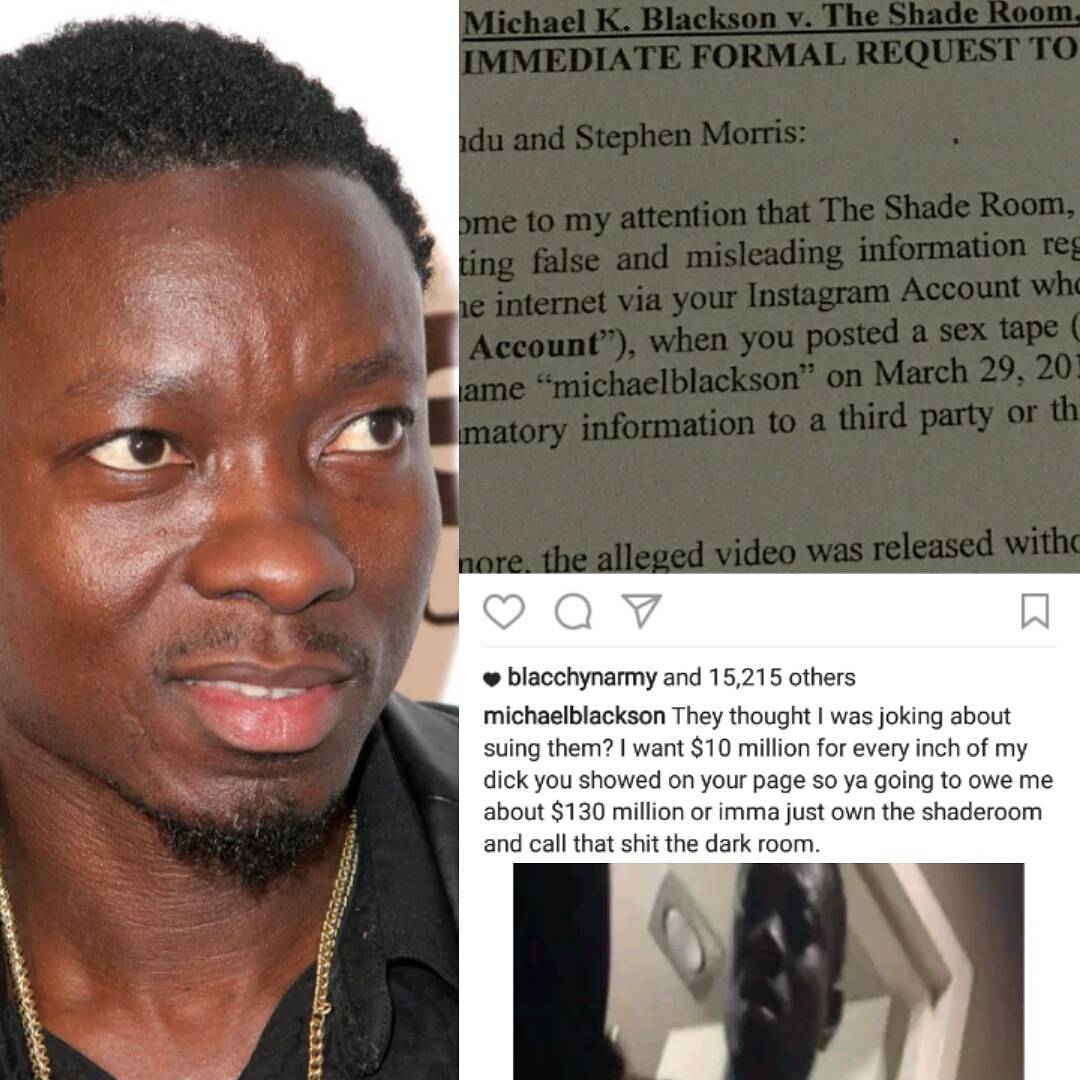 He added regarding the lawsuit worth $130 million;

“They thought I was joking about suing them? I want $10 million for every inch of my dick you showed on your page so ya going to owe me about $130 million or imma just own the shaderoom and call that shit the dark room.”

Nkechi Blessing Apologizes For Calling Out Lady Who Tattooed Her Name

Actress, Lala Akindoju Celebrates Her Husband On His Birthday