US immigration bounces new Harvard student over posts on Facebook

An international student, Ismail Ajjawi, who had just been granted admission into Harvard University in the United States, has been deported from the country immediately after arriving, following some certain posts on her social media feed.

The Harvard bound student had arrived at the Boston Logan International Airport on Friday evening, only to be accosted by immigration officers and taken in for questioning.

During the interrogation, Ajjawi was accused to have been guilty of having posts which were against the United States’ views on politics on his timeline.

And even when the young man argued that the posts were from his friends on the social media platform and had nothing to do with him as he did not react to any, the officers reportedly denied him entry into the country.

Ajjawi, who must have believed he was joining other students at Harvard this summer was then put on a plane back to Lebanon.

Reacting to the sad incidence, the Palestinian stated, “After the five hours ended, she called me into a room, and she started screaming at me.

“She said that she found people posting political points of view that oppose the US on my friend[s] list. 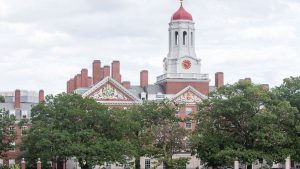 A Harvard public relations officer, Jonathan L. Swain, while revealing the school’s plans on the incidence, wrote in an email that: “The university is working closely with the student’s family and appropriate authorities to resolve this matters so that he can join his classmates in the coming days.

Responding to the email, Micheal McCarthy who works a spokesman for Customs and Border Patrol in the US, stated he and others working for the agency are “responsible for ensuring the safety and admissibility of the goods and people entering the United States.

“Applicants must demonstrate they are admissible into the U.S. by overcoming all grounds of inadmissibility, including health-related grounds, criminality, security reasons, public charge, labor certification, illegal entrants and immigration violations, documentation requirements, and miscellaneous grounds.

“This individual was deemed inadmissible to the United States based on information discovered during the CBP inspection.”

Pastor flees after stabbing mother to death in Anambra