The Vice-Chancellor of Michael Okpara University of Agriculture, Umudike (MOUAU) in Abia State, Prof Francis Otunta, has been accused of impregnating a 300 level accounting student and promoting her to final year.

Read also: Pope kisses woman weeks after slapping the hands of another woman

A member of the university’s governing council, Dr Nelson O’Amanze revealed via a petition to the country’s Honourable Minister for States.

According to the petition, Prof. Francis was accused of impregnating a third year female student of accounting in 2017.

He allegedly promoted the student to final year status without any examination, graduated her and quickly sent her abroad to close the trial.

The Vice Chancellor was also accused of embezzling money meant for staffs of the institution he later allegedly suspended.

Dr Nelson O’Amanze told LIB that he is yet to go to the press because the Ministry of Education has constituted a panel to look into the allegations.

He also stated that he would be speaking to the press after the investigation has been concluded.

He also noted that he wrote the petition this month, January 2020. 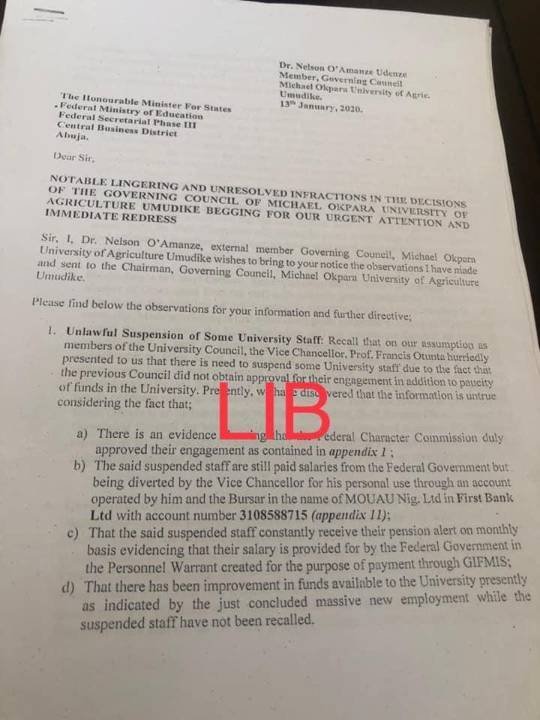 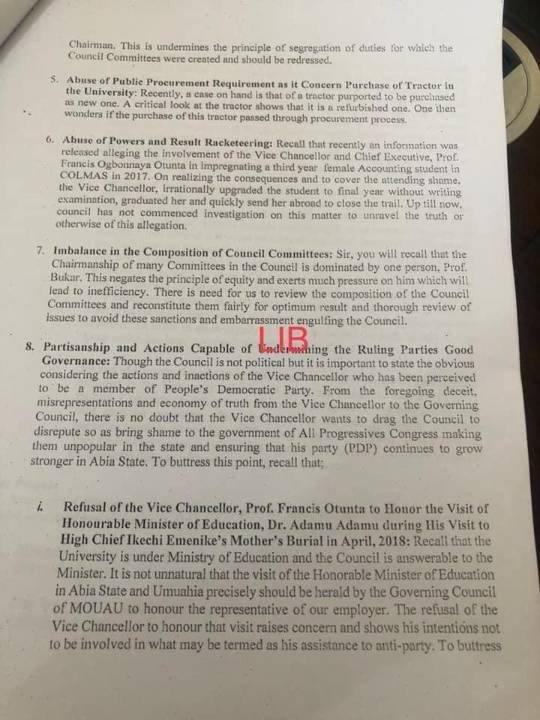 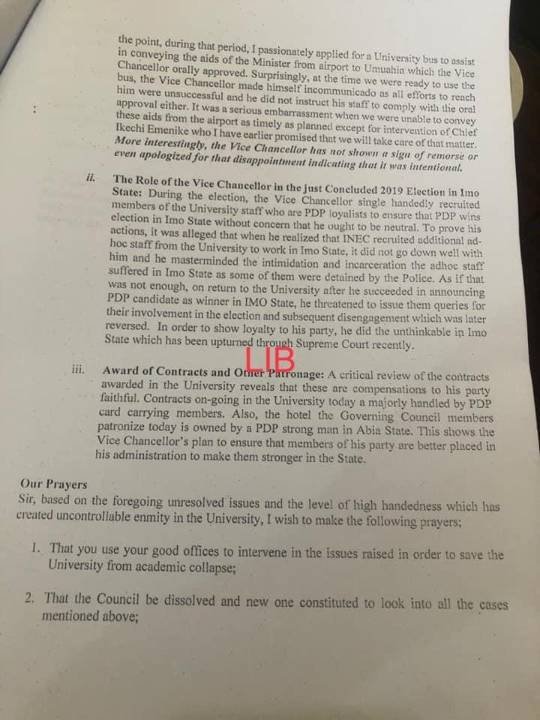 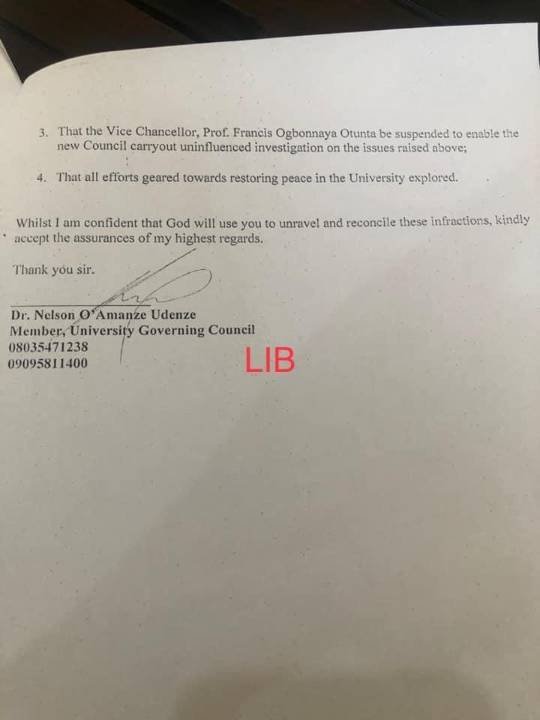