An amputee Gareth Kendall, left audiences of hit show ‘Who wants to be a millionaire’ shocked after he got the correct answer to a question due to a personal experience.

Kendall lost his leg and coincidentally the question put to him was about the place where he had lost his leg.

Host Jeremy Clark had asked him which loch the ruins of Urqhart Castle stood on the banks of, and Kendall had then revealed that he knew the answer because he’d lost his leg there. 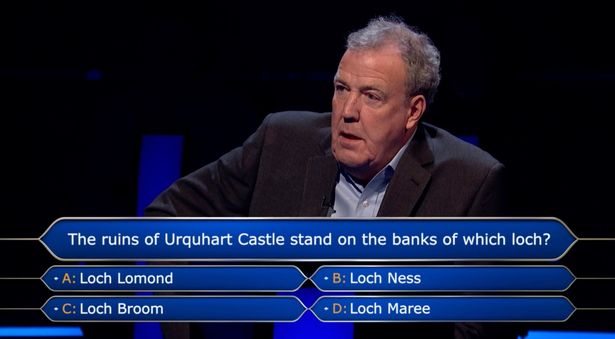 “I know this, and I know this because I lost my leg there,” Kendall said

He added: “If I remember rightly, there on the loch – and I wasn’t there long – is a little inlet with a castle ruins there, so I’ll go Loch Ness.” 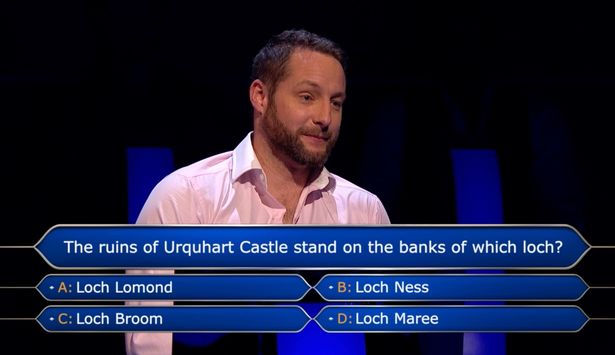 He turned out to be right and people went on Twitter to react with amazement at the development.

Someone tweeted: “No way. His lost leg has won him £125,000! That’s mad. What a mad question for him to get! #WhoWantsToBeAMillionaire.”

While another commented: “‘I know this because I lost my leg there.’ Holy MOLY! That has earned him £125,000!!! WOW! #WhoWantsToBeAMillionaire #Millionaire.”

A third remarked: “‘I know this answer cause I lost my leg there’… You couldn’t write it… that is fate!!! #WhoWantsToBeAMillionaire.” 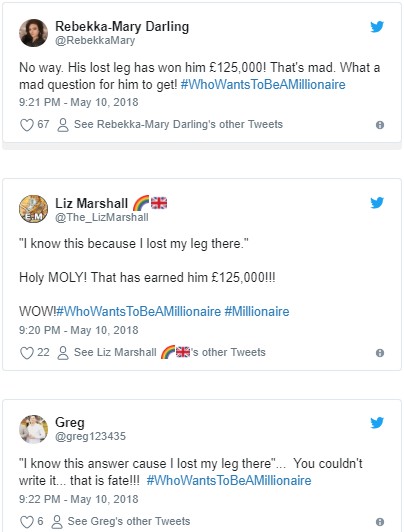 You can check out the video below