Video: “Its my job to kill anybody who messes with me or my group,” 11-year-old Eiye Cult Member Shocks

An 11-year-old boy who is a proud member of the Eiye fraternity has shocked the world in a new video shared online by Tony Rapu, a medical practitioner and Pastor of This Present House, a popular church in Lekki, Lagos state.

The young Nigerian boy identified as Shanawole in the shocking video footage shared online by the Pastor shocked viewers as he claimed smoking marijuana is good for him adding that he belongs to the Eiye confraternity. 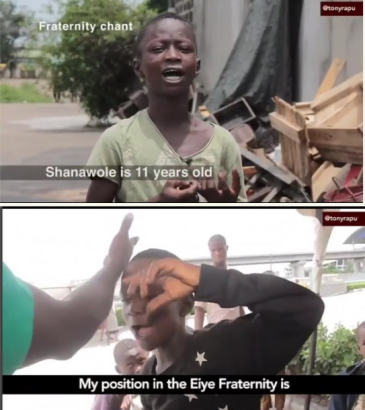 Shanawole who was rescued from the streets of Lagos during a recent God Bless Nigeria/Freedom Foundation rehabilitation mission also revealed that it is his job to kill anybody who messes with him or his group.

He added with confidence that if anybody disrespects him or any of his boys, their job is to track such person down and hit back hard. 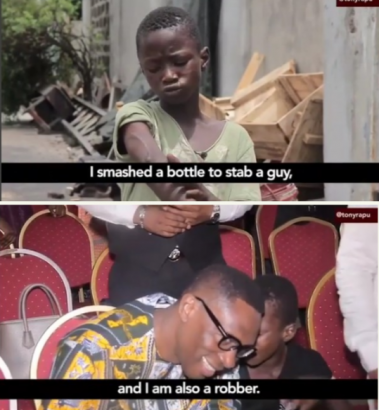 He further claimed to be a robber. The young boy has since been taken off the streets and is undergoing rehabilitation.