Video: ‘Jonathan dare not return to his village if he doesnt contest a second term’ – Asari Dokubo 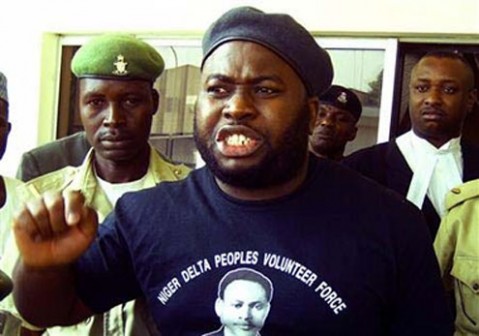 Controversial leader of the Niger Delta Peoples Voluntary Force, Alhaji Mujaheed Asari Dokubo has said President Goodluck Jonathan would dare not state he would not contest a second term in office.

Speaking on Silverbird Television program where he was interviewed, Asari said in pidgin English, “E no fit. If hin try am, he no go fit come home.”

After he made the remarks, he went on to make some more provocative statements, accusing former President Olusegun Obasanjo of being behind his ordeal in Benue republic.

How To Avoid Becoming David Moyes At Work