Video: Mob kills man after some kids wrongly labelled him as a kidnapper

An Anambra indigene was recently mobbed and killed in the state just because some kids labeled him as a kidnapper.

Reports from online sources claim that the deceased was passing through a village in his car when some kids from the community broke his windshield with a stone.

He got down from his car to challenge them. However, they started running, forcing him to also run after them. He caught one of the kids but others escaped, only to report the man as a kidnapper to other residents. 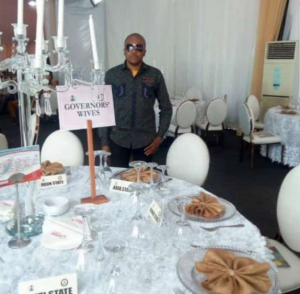 Promptly, the residents went back and on seeing the man, they began to strip and beat him without listening to what he had to say. He was beaten to a pulp and attempts were even made to burn him but police officers later intervened. The young man was subsequently taken to a hospital where he had emergency surgery. Sadly, he died some hours after.

He was later identified as Paschal and some Twitter users have begun to call for the arrest and prosecution of those who had a hand in killing. The hashtag #justice4Paschal  is already trending.

Watch the video below. 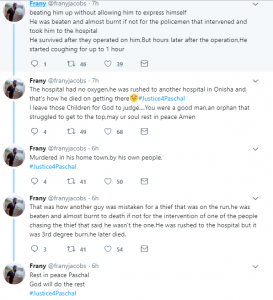 Dolapo Badmus clears the air on the case of Lekki rapists