VIDEO: Would-Be Robber Gets Nasty Surprise After Trying to Rob Mother And Kids

An online video had popped up which shows an off-duty Police officer doing her job against a robber who tried to steal from her and a couple of other mothers and their children.

She shot the robber and brought him down.

Katia da Silva Sastre, an off-duty military police officer, in Brazil stopped the actions of the robber who was waiting outside a private school to foist mischief.

Katie has been hailed for her quick thinking and actions. 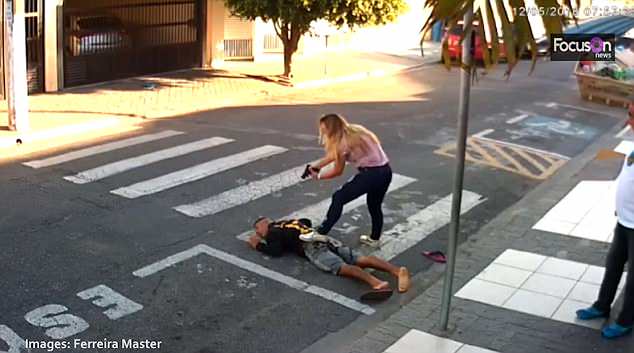 The scene was captured by security cameras outside the private school in Sao Paulo. The offender, identified by police as Elivelton Neves Moreira, had approached the school dressed in black and pointed a gun at unsuspecting parents and their children.

Katie was attending a mother’s day event with her two children aged seven and two.

Moreira had tried to rob them and then Katie had pulled out her police-issued firearm and fired off three quick shots– two into the robber’s chest and one in his leg. 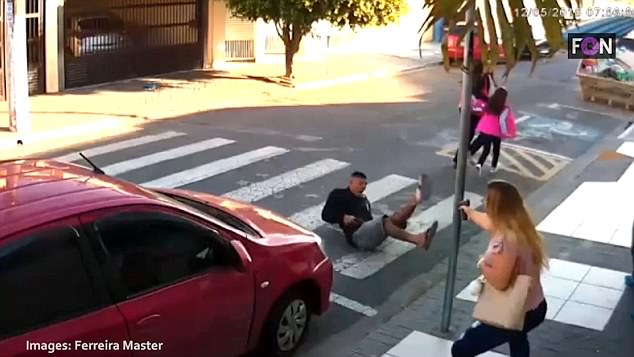 The robber had tried to fire two shots of his own but they were harmless as one ricocheted of the ground and the other got stuck in the chamber.

“I didn’t know if he was going to shoot the kids or the mothers or the security guard at the school door,” she said after the incident. 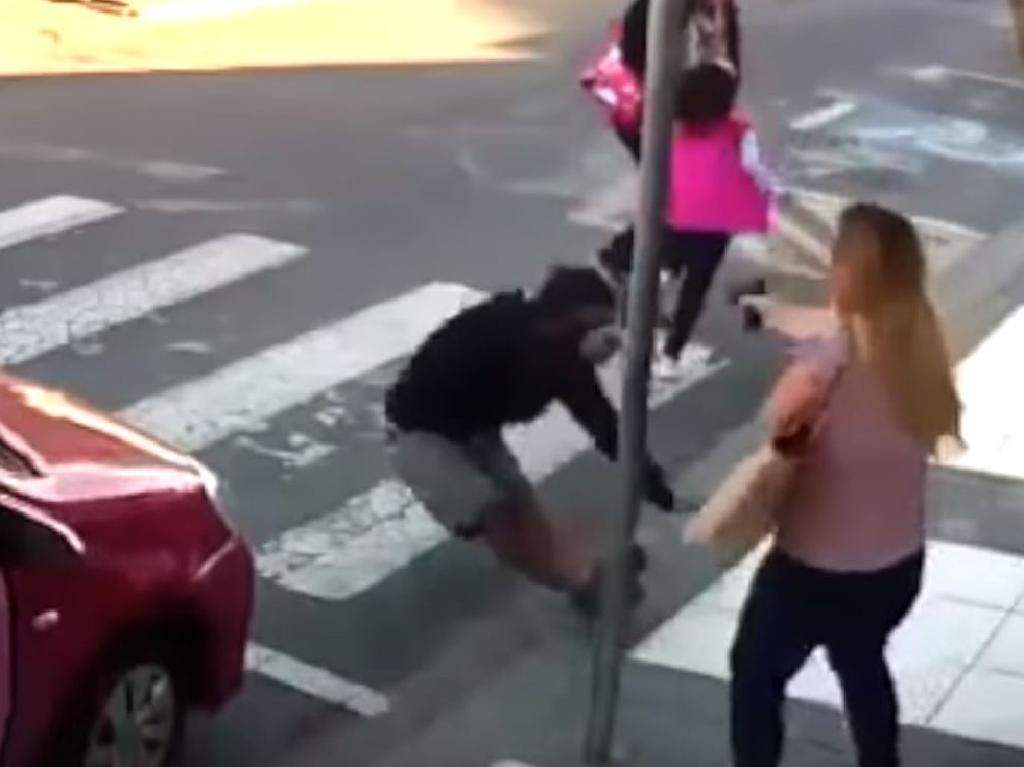 “I just thought about defending the mums, the children, my own life and my daughters.”

Moreira later died from his injuries.

Praising her on Twitter, Governor Franca said; “I went earlier to the 4th BAEP in the east of Sao Paulo to honour a very special mother: Corporal Katia Sastre. Her courage and precision saved mothers and children, yesterday at the door of a school.” 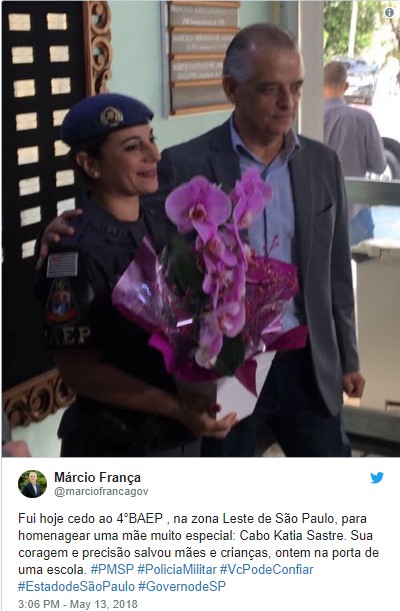 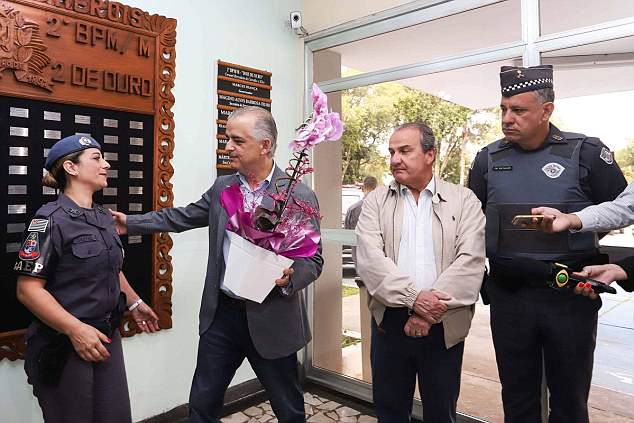