Wale Adenuga Productions (WAP), producer of the 2019 comedy blockbuster – KNOCKOUT, has announced the signing of an MoU with Media Pros Africa, a Kenya-based international film agency owned by seasoned industry player – Wangeci Murage, for the global distribution of the movie through various means; including, but not limited to VOD, TVOD, SVOD, Cinema, Pay TV, Free-to-Air, and Terrestrial.

According to Wale Adenuga Jnr., Producer of KNOCKOUT, “We are pleased to have finally come to a Global Distribution Agreement with such a reputable organisation as   Media Pros Africa, as well as Osezua Stephen-Imobhio’s Oduma Creative Worx Ltd, through which the deal was brokered. When KNOCKOUT was released at cinemas across Nigeria and Ghana, the response was overwhelmingly-positive, so with this deal, we can finally achieve our desire of showcasing the movie to a wider audience.” 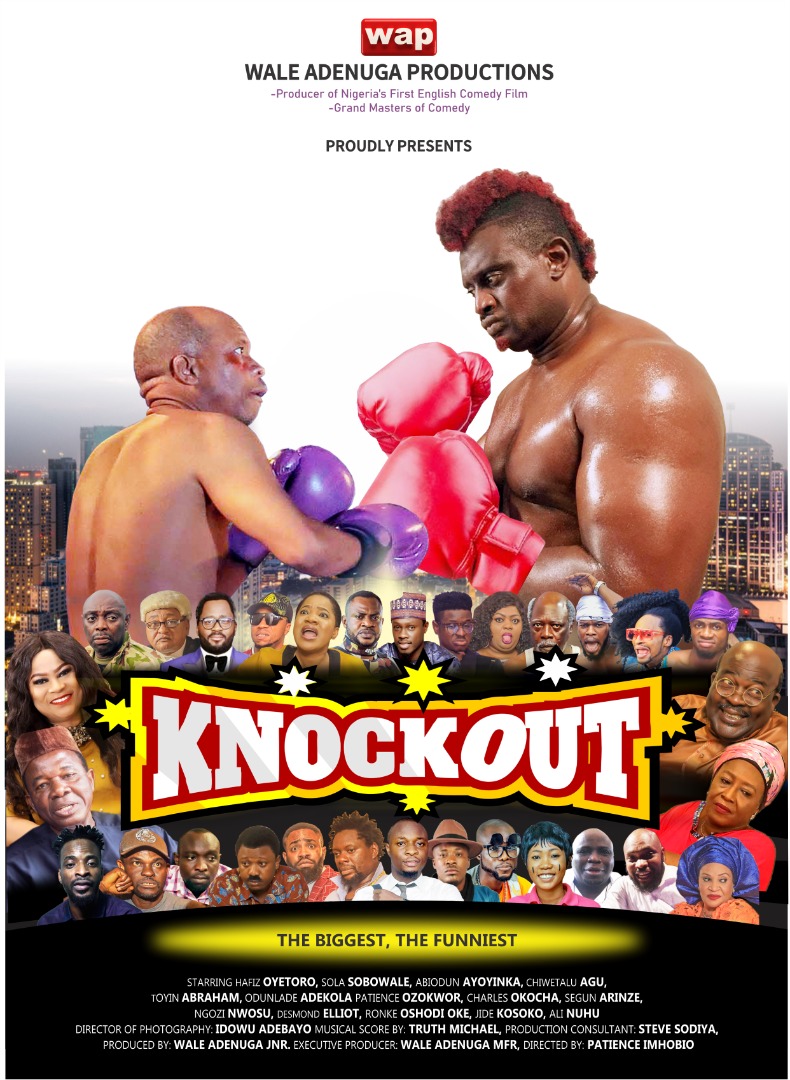 Released on 19th April 2019, KNOCKOUT tells the comical story of what happens when news of a boxing competition, with a cash prize of $3Million hits town, and sends a group of people into a hilarious frenzy as they devise mischievous means to participate and win. The clumsy boxer they choose, and the crazy characters they meet along the way results in a myriad of mayhem and madness.

I’ll Continue Having Kids Without Revealing My Husband – Halima Abubakar