Relying on an anonymous source, the paper had used several quotes allegedly made by Trump during the phone conversation.

The paper has now expunged the quotes from the story after they were found to be false.

According to the story, President Trump had told Watson, who worked in Georgia Secretary of State Brad Raffensperger’s office to “find the fraud” in the state and it would make her a “national hero”.

But a recent recording of the conversation released by the office showed that President Trump never used those words.

Rather, he encouraged her to closely examine mail-in ballots in Fulton County, the heavily blue and most populated county in the state.

He said she would be “praised” when the “right answer comes out”.

Washington Post broke the story of the phone call which was picked up by many other news outlets including ABC News, NBC News and Vox.

The newspaper has now published a correction of its erroneous claim on the details of the phone call.

Read below a screenshot of the correction below: 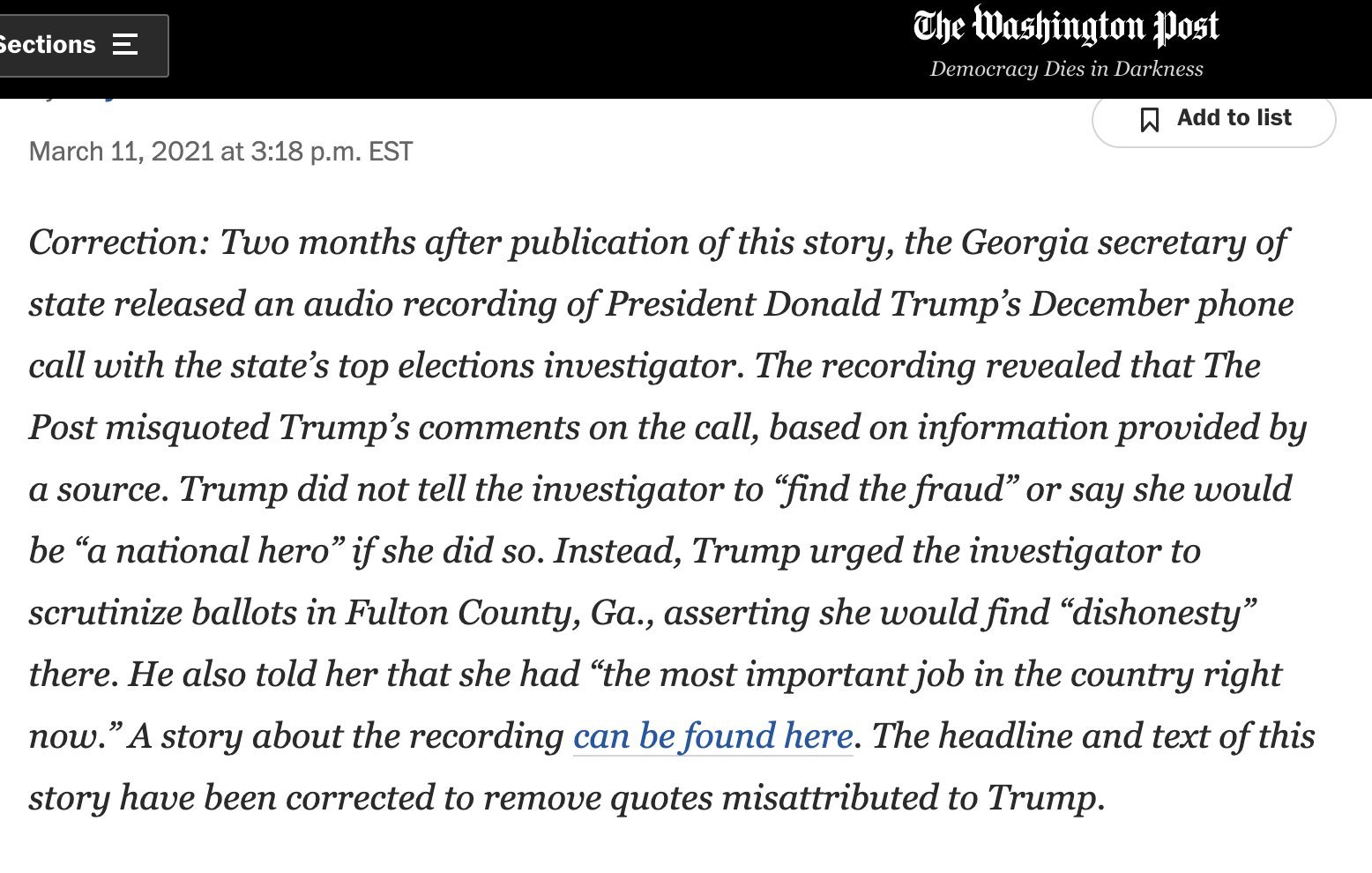