The Joint Admissions and Matriculation Board, (JAMB) has made an interesting revelation about the ongoing UTME registration. The chairman of its governing board, Dr. Emmanuel Ndukwe explained that since all registrations have been smooth, with no record of glitches since the portal was opened, it is unlikely that there would be an extension in the date for registration.

He made the claims when he visited some registrations centers in Lagos.

Dr.Ndukwe further stressed that students who are interested in taking this year’s exam should not wait until registrations are about to close. 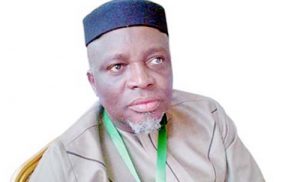 “I don’t foresee an extension. Some of the places we visited had many systems but a few candidates. Let the candidates out there be mindful of the examination dates and register now.”

The JAMB chairman equally expressed his satisfaction about not having any complaints from students as a result of using cyber cafes for their registrations. He mentioned that cases of exploitation and incorrect data capture are no longer occurring, and that implies that there has been huge progress on JAMB’s part.

“It is seamless and we are happy. What I have seen today has confirmed that Prof. Oloyede and his technical team were very right to ban cybercafes. I have interacted with the candidates; they are all happy and satisfied. I must express the satisfaction of the board. This year is better than last year and it will be better next year,” he reiterated.

Dr. Ndukwe subsequently urged CBT centers to adhere strictly to the directive of JAMB, else, they’ll be sanctioned accordingly.