Police said the incident happened because the driver of the truck whilst overtaking a van lost control of the vehicle, plunging eight metres (26 feet) into a dry riverbed.

Photos from the incident showed injured passengers being assisted by Samaritans as the dead were covered in sheets.

Many victims were trapped under the truck as after it crashed through the bridge railing it overturned and nose-dived into the ground.

The local deputy superintendent of police, A.M. Sayyed, said the prior death toll increased when five victims who were taken to hospital died from their injuries.

“Nearly 60 people were travelling in the open truck and most victims were women and children,” local police officer K.J. Kadapda told AFP.

Many of the injured were in critical condition and officials fear the death toll could rise further.

The accident happened in Bhavnagar district about 200 kilometres (125 miles) from the state capital Ahmedabad.

India has some of the world’s deadliest roads.

More than 150,000 people are killed each year with most accidents blamed on poor roads, badly maintained vehicles and reckless driving. 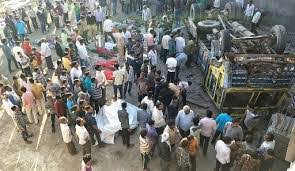 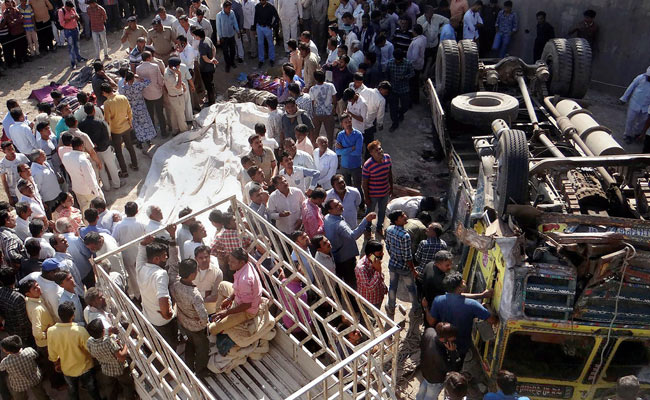