The movie Runner Runner premieres today in all major cinema houses in the country. If you are a movie buff like me I’m sure you would have seen the trailer, on more than one occasion, at the cinemas. The movie has a powerful cast with the likes of Justin Timberlake, Ben Affleck,  GemmaArtherton and Anthony Mackie. Leonardo Di Caprio also contributed to the movie as a producer and the film was directed by Brad Furman.

Overall, the movie basically can be seen as a remake of the 1987 classic ‘Wall Street’but set in the world of online gambling. Justin Timberlake , once again, gave a good account of himself as he took on a role  as a Princeton student who, suspecting that a poker site is corrupt, flies to Costa Rica to confront the owner.  On getting there he strikes a relationship that leads him to a life of fast cars and easy money ( we can all guess how the story ends from here).

You know how the plot goes. The evil mastermind takes the kid under his wing. At first, the allure of glamour and decadence proves intoxicating, but the demands of Hollywood morality impose and a falling out takes place. It all ends unhappily for some and happily for others.

The movie experience is not that bad and it offers enticing glimpses into the mechanisms that drive the gambling world. Timberlake commands the screen with a character that has a hint of swag but is very likable; audiences will love his approach to this character as he takes them along on a fun-filled journey. Aside from the ‘Suit & Tie’ star’s performance, the rest of cast were at the very most average.

Affleck never seemed convincing throughout the movie while Gemma Arterton was good but just seemed to average for me.

The movie is pretty average and barely gets through the motions. It wallows endlessly by the swimming pool and then gives a perfunctory frown of pious disapproval.

I really hope your view on this movie is better than mine once you see it; we would like to hear you take on the movie. 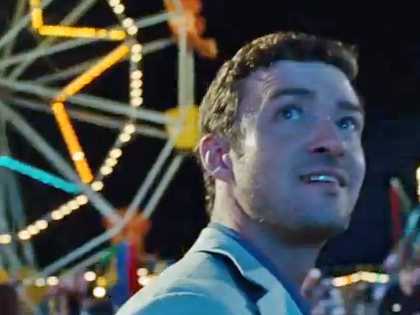