South Africa’s president, Cyril Ramaphosa has asked pastors to stop using religion as a means to get money from naïve citizens. He made the statement after a video where a pastor supposedly resurrected a man went viral.

The president stated that the government may have to meet with religious leaders and churches so as to caution them from deceiving unsuspecting citizens.

He said, “We are now given an opportunity to engage faith-based organizations on how can we work together to ensure we rid our country of bogus religious leaders who are taking our people for a ride, who are doing things that are so shocking and hoodwink people into believing they raised someone from the dead.” 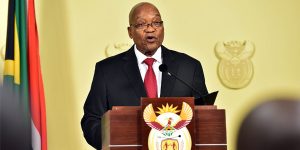 President Ramaphosa further explained that such acts have caused disrespect to God’s name, and as brought down the integrity of the church.

Sometimes in the past, a pastor in the same country stated that he went to heaven and was privileged to have taken pictures of it on his phone. He later put up the pictures for sale at $360

Since the increase of ridiculous activities and practices of some churches in the country, the South Africa’s Commission for the Promotion and Protection of Rights of Cultural, Religious and Linguistic Communities have initiated plans to curb the excesses of religious organizations. However, the president could not give total support to the idea as he felt that it would be an infringement of citizens’ freedom of religion.

“If we just go overboard and start regulating churches and religions, we will have a backlash because faith-based organizations will say the government is beginning to regulate in such a way that is not constitutional.”

The Ministry of the pastor in the viral video has since denied that the pastor said he raised the man from the dead.

El-Zakzaky wants N2bn from DSS, AGF over seizure of passports

Tinubu 2023: APC gives letter of recognition to ‘Nigeria Diaspora for…