Who Wants Me Dead? Faleke Cries Out Over Assasination Attempt

A member of the House of Representatives, Mr. James Abiodun Faleke, has raised alarm over an attempt to assassinate him by gunmen along Lokoja-Abuja highway last Sunday.

In a statement released by his spokesman, Duro Meseko on Friday, Faleke said he was nearly killed around 7pm that day by gunmen.

Faleke, who was the running mate to Alhaji Abubakar Audu, deceased governorship candidate of the All Progressives Congress (APC) in Kogi State, disclosed that the gunmen fired severally at his car but the bullet did not penetrate because his vehicle was bulletproof.

Faleke was replaced by Governor Yahaya Bello of Kogi State by the APC hierarchy after the death of Audu. Attempts to make Faleke accept the deputy governor slot under Bello failed as the former insisted on being the governorship candidate of the party.

Meseko’s statement read: “The news of the assassination attempt on our leader, Hon James Faleke came to us as a big shock. How could any sane mind contemplate such evil on an innocent soul who though shamelessly robbed of his governorship mandate has remained humble, calm, peaceful, and law abiding.

“What else could those wicked masterminds want?”

Meseko alleged that the assassination attempt may have been due to the mammoth and unprecedented crowd that welcomed Faleke home recently.

“His political foes had resorted to this dastardly plan to assassinate him. We thank the almighty God for sparing his life.

“Some desperate and wicked people would want to cause more pain and misery to an already pained citizenry who aside having lost the creme of its political class to both natural and unnatural causes like Barrister James Ocholi, Prince Abubakar Audu, Senator Ohize and even Senator Ohiare, who narrowly escaped death recently, are also undergoing the most unprecedented socio-economic crisis ever.

Faleke was the running mate to the Kogi State All Progressives Congress (APC) governorship candidate in the November 21, 2015 election, the late Prince Abubakar Audu. 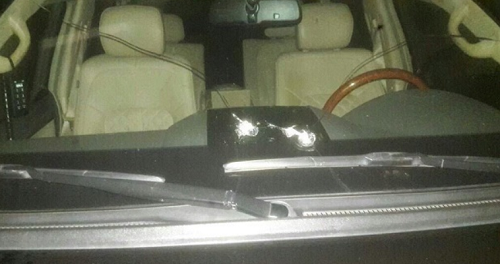