Cyriel Dessers is a footballer who plies his trade in the local league in Belgium. Born to a Belgian father and Nigerian mother his dual citizenship affords him the opportunity to either try to break into the Belgian national squad or choose to play for Nigeria where he may have better chances seeing that the team is currently in need of a strike partner, backup and competitor for Victor Osimhen. 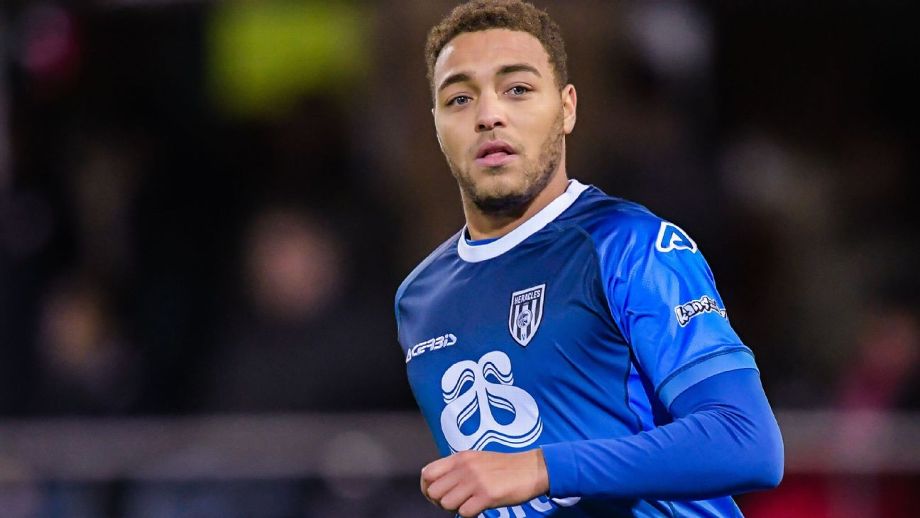 Life for Victor Osimhen as Nigeria’s go-to guy up front has started on a blistering note with the Lille man scoring 4 already and assisting two. But with no back-up for him and all other available option appears unsuitable an injury to the 20-year-old would render the Nigerian team toothless in front of goal, hence the need for Dessers.

Dessers is a proven goalscorer. He scored 22 goals in 36 league games for NAC Breda back in 2015 to propel them to promotion, and then joined Utrecht, for whom he scored nine in 32 the campaign after, and five in 15 last season before joining Heracles. 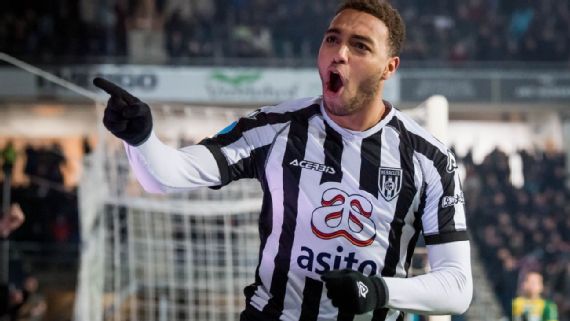 With a height of six feet and a well-built body, he stands a menacing presence for the super eagles upfront whether playing as a target man (CF) or supporting striker (SS) he can cause trouble for the best Center Backs (CB) in the world. 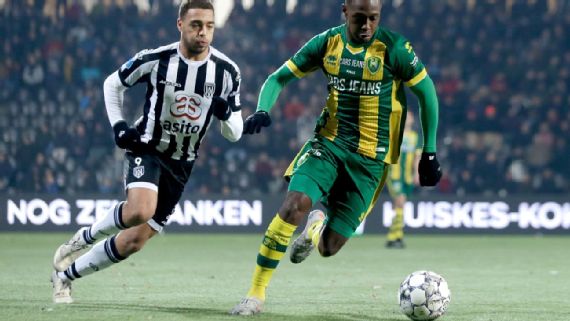 But in all of the excitement that surrounded last week’s announcement, Rohr’s reaction was uncharacteristically muted. This was a departure from his usual loquacious self when talking about players. Rohr is known for being quite chatty and animated when talking about his players especially a new acquisition like Cyriel Dessers.

Asked by ESPN if Dessers would be called-up soon after his announcement, Rohr’s response was a noncommittal “we will see.”

Pressed further about whether he had been monitoring the player, and for how long, Rohr said: “When we look at new players, we do it discreetly.”

That response appears to be a swing at NFF’s boss Pinnick who on several occasions has been seen photographed with intending players and their parents making it known that he is speaking to players.

Rohr obviously was choosing his words carefully having come under disciplinary action by the NFF over an interview last month.

Rohr himself had been talking to the player underground on the recommendations of William Troost-Ekong, himself born abroad before switching allegiance to Nigeria.

“He was recommended by William [Troost-Ekong], who told us he knew him from their time as young players and that he had Nigeria connections and would be open to an approach,” – a  source confirmed.

“The coaches looked at him and were quite happy. He has been monitored very closely since then, with constant communication. This commitment was secured two years ago while he was at NAC Breda. It was just a question of the right time to bring him in.”

Rohr’s ire is not so much with Dessers but with Pinnick coupled with the fact that he had to read about the announcement in the papers. Having the rug pulled from under his feet like that obviously touched on some wrong nerves.

It’s not just Dessers he’s worried about, apparently, another Nigerian England-born Ebere Eze’s potential move from Championship side Queens Park Rangers to a bigger club was compromised when pictures of him with Pinnick surfaced.

The source added: “There are very influential people who do not want him to switch allegiance. That is why it is important to handle these discussions discretely. [Eze] has a Premier League team looking at him, and a Championship team with promotion prospects also in the picture. But this whole thing [photo with Pinnick] could compromise that.”

Eze’s salvation came when Tammy Abraham pledged allegiance to England despite having his pictures taken with Pinnick. The move was enough in convincing interested parties that Eze could follow in Tammy’s footsteps.

It is clear why Nigerian coaches would prefer the NFF boss fly under the radar when it comes to these things.

“There are over 450 players on the database,” the source within the Nigeria team told ESPN. “Of that number, 65 are foreign-born but eligible to play for Nigeria.

“All of them are being monitored and most of them we have spoken to. But the process requires diplomacy and constant communication, and the timing must be right.”

Whether Pinnick will take a step back and allow coaches to handle these negotiations is a million-dollar question but Dessers is caught in an unprecedented crossfire.

Justin Thomas Back At Number One After Winning In Memphis