Why Toyota’s 2018 Camry will make you Drool

The Toyota car brand and its ‘camry’ lineup are well known around world for a variety of reasons since its inception in 1982 and debut in the motor vehicle industry in 1983, some of which are its popularity amongst the financial middle class, the ease of sparepart procurement and durability.

The Toyota camry series is one of the most used cars in modern day automobile history with the car make being amongst the most-sold luxury cars since its inception.

While the it can be said to be a medium end automobile that could be given a moniker ‘the people’s choice’ for being one of the most driven car makes in the coastal city of Lagos, mainly because the car is affordable and durable (to a very large extent).

We present to you the Toyota Camry 2018 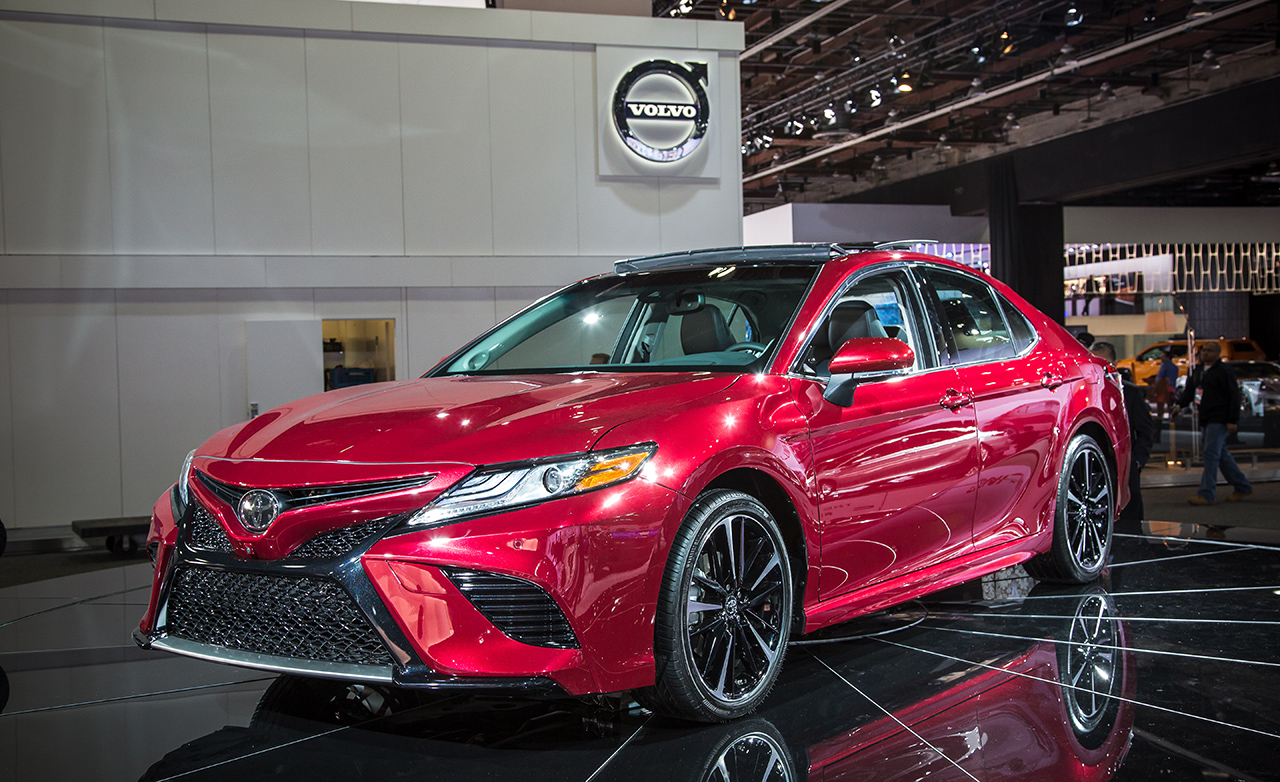 Redesigned for 2018, the Camry looks to remake its reputation with an expressive new look and a tauter, more responsive chassis. The inline-four’s output increases to 203 horsepower (206 in the XSE), while the V-6 offers a lively 301 ponies. Each engine pairs with an eight-speed automatic transmission and sees fuel-economy gains. A hybrid is EPA rated at up to 52 mpg combined. 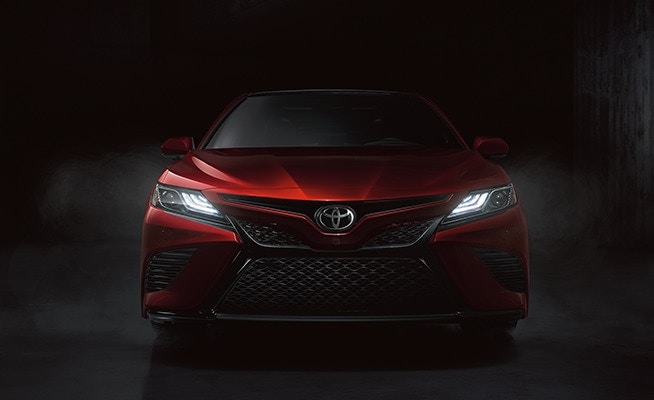 To start, there’s the styling that makes it the equivalent of a purple mohawk amongst the other family sedans in design.

The new car is longer, lower, and (fractionally) wider, giving it a slightly lower-slung profile. Up front there’s an angry-looking visage marked by a pinched upper grille and a gaping lower maw.

One can argue whether the new Camry’s styling looks better, but there is no question that there’s more of it. 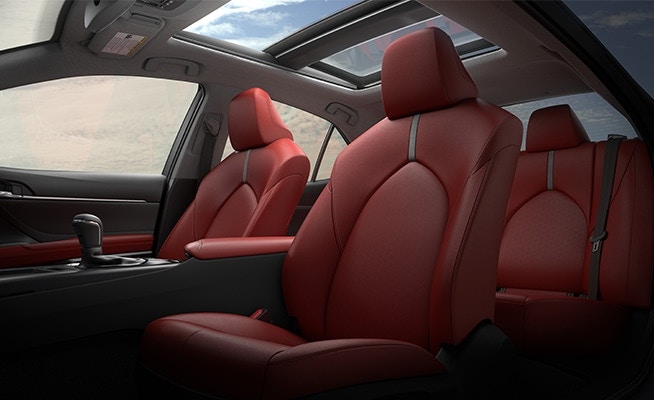 The interior is funkier, too, binning the previous slablike dash for a more three-dimensional design bisected by a wavelike trim piece. The triangular center stack angles toward the driver, while on the passenger’s side the dash curves away to create a greater sense of spaciousness. 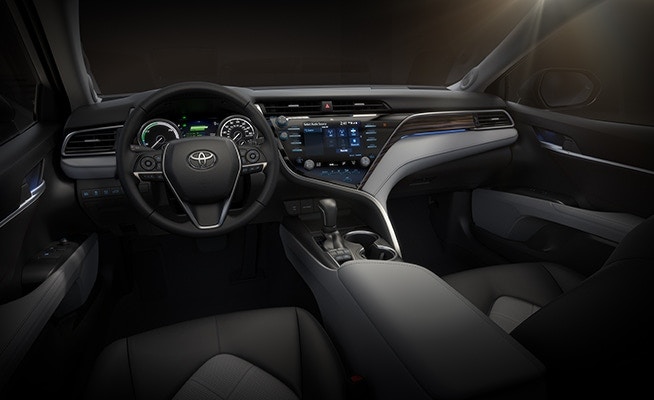 The gloss-black region into which the central touchscreen is integrated provides today’s requisite smartphone-mimicking appearance, but it retains enough knobs and physical buttons to make for easy operation. This is well mixed with top-spec models enjoying padded surfaces, soft-touch plastics, and attractive graining.

Toyota’s latest Entune 3.0 infotainment system debuts here, and its biggest upgrade may be the company’s standard app-based navigation system, which works through a connected Apple or Android phone with the Scout app installed to deliver real moving maps and turn-by-turn directions just like an in-car nav system; Entune’s biggest downside is that it still doesn’t support Apple CarPlay or Android Auto. 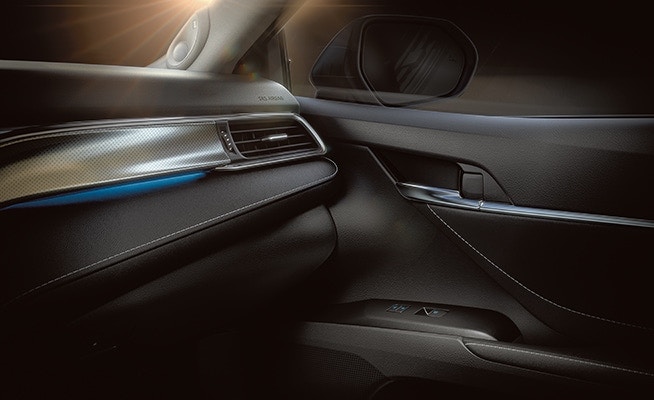 However, appearances aren’t the only things to have changed; while much of the hardware is new, both engines are fresh, as well, although their layout and displacements are familiar. Engine improvements push the output from 178 horsepower and 170 lb-ft of torque to 203 and 184—or 206 and 186 in the XSE with its quad exhaust outlets; a Camry first and trade their previous six-speed automatic for a new eight-speed unit, but the hybrid continues with the same mechanical arrangement that creates a pseudo-CVT. 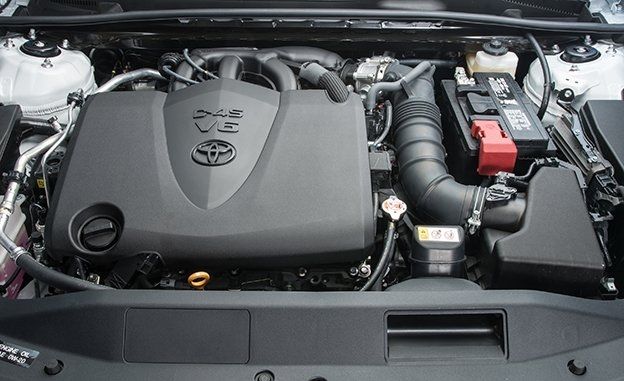 The mechanical changes mean that the transformation from behind the wheel is more evident than you might expect. The mainstay four-cylinder is now the most powerful naturally aspirated four in the segment, and its additional output is evident.

This doesnt mean that the Toyota company sacrificed its traditional values for carmaking because they didn’t; the series still retains its high fuel economy with the 2018 version seeing a major improvement in fuel economy.

Blind-spot monitoring and rear cross-traffic alert with automatic braking also are available, while a backup camera is standard. 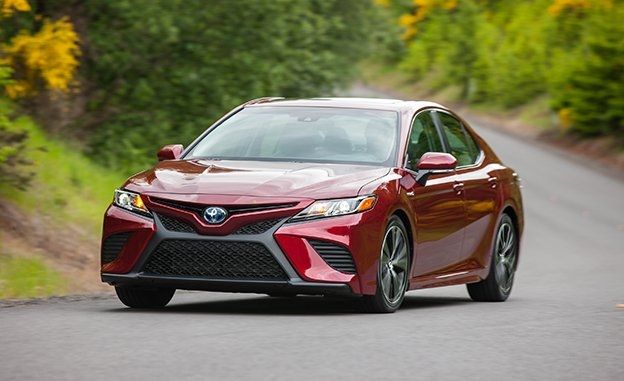 With shoppers increasingly passing over mid-size sedans in favor of SUVs—in recent months, both the Nissan Rogue and the Honda CR-V have beaten the Camry—the eighth-generation Camry couldn’t bring just more of the same. Being a staid, family four-door is no longer a great strategy. The time is right for the Camry to cut loose.