Many say Revenge is a dish best served cold but that is not the case with a certain Maureen who poured hot water on her sleeping husband in retaliation for slapping her during a heated argument.

According to a Facebook user,Kelvin Ingbaifegha who narrated the incident, Oyinkro Miebode and his wife Maureen engaged in a verbal war which later tuned violent after the former landed a slap on his wife’s face, ordering her to shut up. 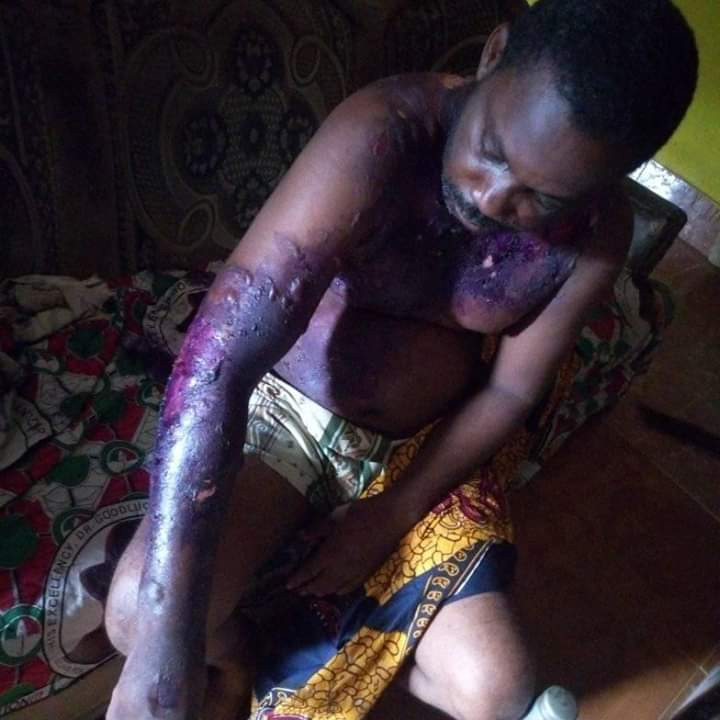 The wife who did not utter a word after the slap silently plotted her revenge.

When the man went to bed, Maureen allegedly poured a bowl of boiling water on Oyinkro’s body.

Oyinkro suddenly jumped out of bed and began scratching his body, unknown to him he was peeling his skin which had become tender from the boiling water.

This resulted in deep burns on his body. Maureen seeing her husband’s exposed flesh, allegedly ran for her dear life. 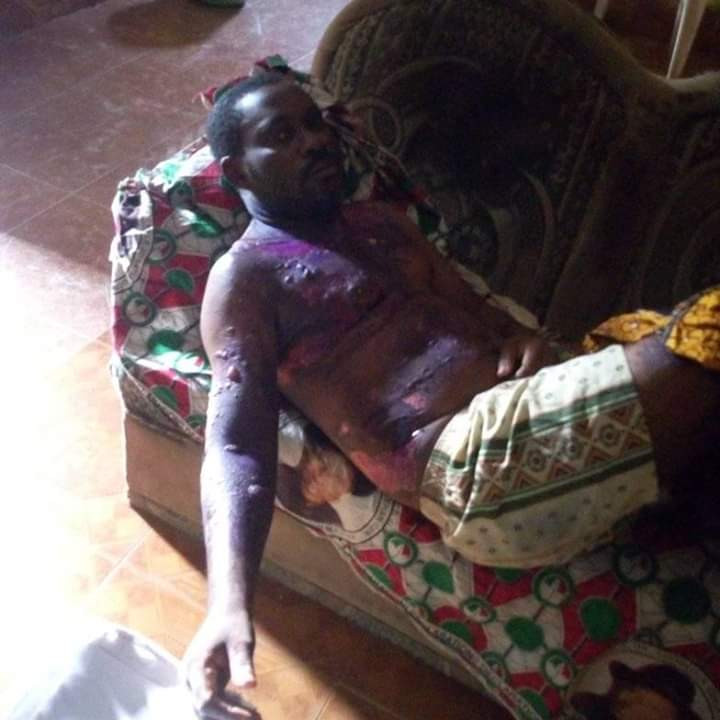 However, the wife has allegedly been calling Oyinkro’s phone begging his forgiveness

“They had a quarrel in the morning of June 3rd over issues, while quarrelling he got angry, slapped her and told her to shut up, which she did, thinking the quarrel was over.

“After everything he left and went to sleep, later she went to his sister asking if there was kerosene in the stove, the sister said no kerosene, she went out bought kerosene and fill in the Stove, the sister said they taught it was for bathing or garri, which they even notified her when the water was boiling.

“With the water boiled, she poured it into a small basin and went to his room while he was sleeping then poured it on Oyinkro Miebode. Waking up from that shock he was shouting in pains and scratching his body not knowing he was peeling his own skin.

“The girl is now hiding and no where to be found, she has been calling to be forgiven, she goes by the name Maureen.

“Please we must say no to any form of Gender based Violence and Domestic Violence, we need you to intervene…

“This is an act of “Attemted Murder” she did it intentionally…..she must be prosecuted when caught..”

ALSO READ: Did I remove your pant? – Doctor fires back at Patient who accused him of Sexual Assault

What I told my rapist – 12-year-old rape victim