‘Woman agrees to sell baby for N3m, cries out after getting only N185k’

A mother of three, Fortune Obhafuoso, agreed to sell her newborn baby for N3 million but began to allege baby stealing after she only got N185,000 out of the deal, a police spokesman has said.

Spokesman of the Lagos State Police Command, SP Benjamin Hundeyin gave the update in a series of tweets on Saturday.

The Punch first brought Obhafuoso’s plight to the limelight in a January 6 report.

She was arrested same day and taken alongside her three children to the State Criminal Investigation Department, Panti, Yaba, Lagos State.

“The last time I saw my newborn was at the SCID, where a policeman, Samuel Ukpabio, connived with people who pretended to help me and stole my baby.

“Ukpabio warned me never to return to the station; he said if I returned, my remaining two children would also be taken away,” the primary school teacher, who relocated her family to Lagos State from Benin, Edo State, said.

Obhafuoso, who was on a meagre N15,000 salary as a teacher in Edo, said she had been taking care of herself and the children since she and her live-in lover separated.

She said life was very difficult because of her low pay and lack of support, and she hatched a plan to ease her persistent financial burden.

Obhafuoso said she planned to raise money to run her dream business of selling foodstuffs.

While in Edo State, the 35-year-old said she watched a movie on surrogacy, researched it online and while surfing through social media, linked up with a surrogate agent on Facebook.

“I never met the agent in person but during our discussion, I was told to come to Lagos State for the surrogacy and I said I had nobody to accommodate me there.

“But when the agent promised to give me accommodation, I left Edo State with my children to do surrogacy in Lagos. I was tired of the life we were living.

“The payment plan was that after delivery, the couple who wanted to do the surrogacy would pay me N1.4m. But the whole plan was based on me conceiving first.

“The agent said the couple would pay N50,000 on transfer day and after confirming that I was pregnant, I would get N100,000. The agent said the couple would also put me on a N50,000 monthly allowance, and give me N100,000 wardrobe allowance; secure N300,000 accommodation for me; pay me N3,000 for transport every time I visited the hospital; if I delivered the baby through a cesarean section, they would pay me N200,000, and then also pay me N1.4m as compensation for one baby and N1.6m if they were two babies,” she disclosed.

She said the process for the surrogacy was done in a hospital in Magodo, Lagos.

She explained that she never met the couple whom the agent was interfacing with when she was contracted for the surrogacy until the day of confirmation at the hospital.

Obhafuoso explained that when the doctor announced that the result was negative, the woman (client) burst into tears and she was moved with pity.

She said she suggested another trial but the client vehemently declined amid tears, noting that she and her husband had tried it with someone else but got the same result.

Obhafuoso said she attempted to convinced the woman but her mind was made up, adding that things took another turn when the woman asked if she could get pregnant and give up the baby for adoption.

“She said the process for the adoption would be done legally and I agreed. But the woman insisted that she needed to seek the consent of her husband before agreeing on terms with me,” Obhafuoso said.

According to her, the woman later become overcome with fear that she (Obhafuoso) could return years later to claim the child.

She said that the plan did not later work out and she got pregnant for another man who did not accept responsibility for the pregnancy.

She added that the surrogacy agent that accommodated her and her children in the Ikorodu area of Lagos asked them to vacate the premises he had put them in.

Obhafuoso said that because they had no where to go, she composed a Save-Our-Soul message and shared it on different Facebook groups.

She said that one lady identified as Tosin, aka Agnes, saw the message and reached out with an offer to help.

The mother of three said Tosin connected her to a woman who offered to get her accommodation and set her up for business on the condition that when she gives birth, she would give up the baby for adoption.

She said that Tosin and the woman arranged for her to stay with a couple in Agbara, Ogun State.

Close to the day of delivery, she said she was transported to Fabma Hospital Annex, Ajegunle Bus Stop, Alakuko, Lagos State.

She said that when she delivered the baby on December 23, a yet-to-be-identified doctor injected her and she fell asleep.

The woman said she woke up hours later to find her babe safe and sound, as her two other children, Perfect and Splendour, watched over the newborn.

“All of a sudden, the doctor drove me and my children to the point where he picked us up, parked, told us to get down, threw our loads on the ground and drove off without saying anything.

“I was shocked; I carried Joseph in my arms and was trying to put our loads together when two women appeared and started to congratulate me on my newborn.

“One of the women introduced herself as the one who offered to help me so she could adopt the baby. I asked how they were able to recognise me as I had never met any of them before and the woman in need of the adoption said they already described my looks to her,” the nursing mother stated.

She explained that a man sat at the front, beside the driver, while the two women sat at the extreme end of the backseat, while she and her children sat in the middle.

In a twist of events, Fortune said the man sitting beside the driver suddenly looked back, introduced himself as a policeman and said she was under arrest for attempting to sell her newborn for N3m.

“I screamed; he said anything I said would be used against me in a court of law. I thought my children and I were being kidnapped because none of them wore uniforms. I asked where they were taking me to and I was told the SCID, Panti, Yaba, Lagos.

“It was when we got to the station that I felt relieved. But when the policeman, Samuel Ukpabio, instead of taking me through the front gate of the SCID, insisted on us passing a narrow path at the back of the SCID to enter the premises, I became worried.

“When we entered the premises, Ukpabio took us upstairs to a new building where he threatened and forced me to write a statement that I demanded N3m to sell my baby.

“I said that was not true but he said if I did not write the statement that way, they would take my children away and I would be detained and never see them again. He even took my phone and deleted all my evidence, including the pictures of my baby,” she narrated.

She said that the policeman dictated how she wrote her statement and neglected her protest that she never demanded money for the baby.

She explained that Ukpabio, while interrogating her at the SCID, said one of the two women with them was from a state ministry, adding that the other woman, who wanted to adopt the baby, was arrested, detained, and brought out of a cell to facilitate her arrest.

She said, “The woman left when Ukpabio said they were returning her to the cell and then forcefully collected my baby, and handed him over to the woman he claimed came from the ministry.

“I started rolling on the floor and weeping for him to return my baby but Ukpabio shouted at me and threatened to take my remaining two children away. Perfect and Splendour also started crying.

“Ukpabio kept pressuring me to finish the statement and when I finished, he said he would no longer arrest me and would allow me to go with only Perfect and Splendour. I asked why and he said they were taking my baby to the ministry.

“I disagreed and he said he would arrest me, put me in a cell, take all my children away from me if I did not cooperate and I would die in the cell and nobody would know my whereabouts.

“As we were leaving the SCID around 8pm on the same day I delivered my baby, Ukpabio gave me N15,000 to take a cab to my destination.”

She said she called him several times after and got the same rebuff, and Ukpabio adding that he would report her to National Agency for Prohibition of Trafficking in Persons (NAPTIP).

She said that she later got an alert of N170,000 after Ukpabio told her to send her account number to his telephone number, that a ministry wanted to send her some money. 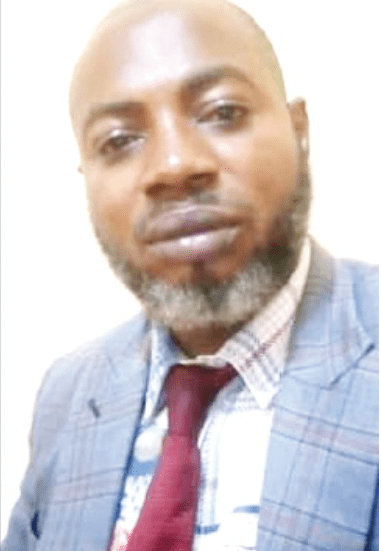 “Ukpabio has been threatening me since then as I kept disturbing him for my baby; he even said he would track my location, arrest me and take away my remaining two children.

“We have been living in fear and usually disguise ourselves when going out to get something. All I want is my baby; the woman from the ministry declined to give me her number.”

But in a series of tweets on Saturday, the Police Public Relations Officer (PPRO) of the Lagos State Police Command, SP Benjamin Hundeyin said Obhafuoso was an accomplice pretending to be a victim.

“Investigations so far show that the woman conspired to sell her baby for N3m. Because she got only N185k after handing over her baby, she reached out to the press and alleged baby stealing.

“She has refused all entreaties to show up to positively identify her co-conspirators and testify in court.

“Without her testimony and identification, nothing can be proven beyond reasonable doubt in court. There might, therefore, be a miscarriage of justice.

“She is a vital witness. Her presence is paramount, as we do not want to embark on a futile prosecution.”