Woman Ends Her Marriage To Lecturer, Moves In With Her Bricklayer Lover

A lecturer in Lagos state University, is facing humiliation after his wife of 13 years dumped him and moved in with her new lover, a bricklayer.

Suraju Oyekunle, has taken the matter to court’s as he is trying very hard to salvage his marriage with the mother of his child,despite her unfaithhfulness and pregnancy for the said lover. 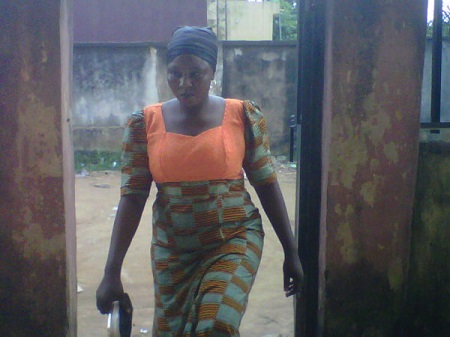 The issue got more complicated after Mrs. Oyekunle confessed to cheating on her husband with the intruder and still maintained that she wanted to spend the rest of her life with Mr Alimi, the bricklayer.

She preferred the bricklayer’s smaller apartment to her husband’s house, and she took along with her, a 12-year-old son she had for her husband.

The 34-year-old Mr. Alimi has been arrested by the police and arraigned in court for conduct likely to cause breach of peace.

He pleaded not guilty before a magistrate, who granted him bail in the sum of N25,000. He was sent to the prison custody until he is able to meet the bail conditions.

However, the lady, Mrs. Oyekunle, has vowed to get her man out of custody and to remain with him because she was tired of her first marriage as she and her husband have been unable to get another child after 13 years of marriage.

She also disclosed that her husband wasn’t taking good care of her, and she was unhappy in the union.

Mrs. Oyekunle said she became pregnant for her lover few months after they met, and that with him she was living in peace.

Mr. Alimi is scheduled to appear again in court on December 12.

Fans and Celebrities Blast Oprah Winfrey Over Comments On Trump