A 66 years old woman would be spending the rest of her life in jail. Veronica Green Posey, who hails from Florida, had sat on her young cousin and choked her to death while trying to punish her.

The judge presiding on the case, found her guilty of first-degree felony and murder, therefore, sentenced her to life imprisonment.

The deceased, Dericka Lindsay is said to have been constantly maltreated by Posey. She was being beaten on a regular basis, and to make matters worse, her adoptive parents did the same. 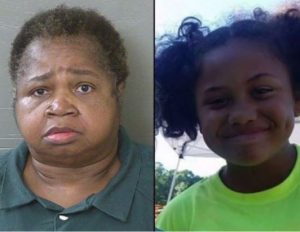 In October 2017, the maltreatments eventually led to the young girl’s death as Security officers got a 911 call from their home.

It was later gathered that Posey, who is obese, sat on Lindsay for over five minutes, leaving her to suffocate and die.

In court, her legal counsel explained that Posey was only trying to help the deceased’s parents in correcting her, adding that she didn’t harm her intentionally.

However, when her body was examined by doctors, several injury spots were discovered in different parts.

Her father, James Smith has also been given a 10-year sentence for being part of the domestic violence case, while her mother, Grace Smith has been deemed unfit to face trial due to a mental breakdown. Nonetheless, the charges against her stands.

Baba Suwe to be flown overseas for further treatments