Woman mixes menstrual blood with step daughter’s food, shoves it down her throat

A Ugandan woman, Annet Namata, is currently in police custody after she fed her stepdaughter with food containing her menstrual blood.

According to a report by Observer, the incidence got to the public after Annet’s neighbors reported the incidence to her husband, Unusu Lungu.

The neighbors were said to have been drawn to the teenage girl after they saw her vomiting in front of their apartment while Annet had gone out to the farm.

While being interviewed by newsmen, Lungu revealed that when the victim was questioned by the vigilant neighbors, she merely showed them the food she had consumed that left her spitting continuously.  She was later given things like garlic, hot water, and charcoal powder to neutralize the damages that may have been done to her health. 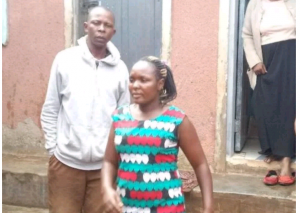 Lungu stated that when he heard what happened, he angrily attacked Annet and got a confession from her.

He said, “She mixed the blood with the sauce made of eggplants. She forced the teenager to eat it threatening her that she would strangle her and vanish. So I asked her to eat the food herself and that is when she confessed and said that indeed the food contained menstrual blood. But she blamed the daughter as the one who went and removed the blood from her knickers and added it to the food so she could be blamed.

Although the suspect eloped from her residence, council leaders were able to convince her to return before she was handed over to the police.

A women representative in the community, Sarah Namawejje, also revealed what Annet told her after the incidence.

She said, “She told me that her husband ‘loved his daughter so much to the point of even beating her in case she annoyed her. Every nice thing her husband was giving it to her. I asked if indeed it is true that she gave her stepdaughter menstrual blood? She admitted and said ‘yes’ and that she had contacted a friend who advised her to give the teenager blood so she could become mad. She asked for forgiveness from the husband and the council.”

Violence, Environment, and The Nigerian Question – By Ayeni Faith Damilola