The Nigerian Prison Service officials in Abeokuta have countered an attempt by a 33-year-old woman, Fatima Balogun, to smuggle a phone to her boyfriend, Ganiyu Ajibode, who was remanded six months ago for Armed robbery.

Fatima reportedly hid a phone in a cooler of soup she brought for her lover. She had tied the phone in a cellphone paper and buried it in the soup.

The woman who was arrested by men of the Special Intelligence Unit of the NPS at the gate lodge of Abeokuta Maximum Prison in Ibara, claims to be a single mother of three, she said she lives in Fagba, Iju-Saga in Lagos and met Ganiyu 2 years ago after her divorce from her husband.

The Controller of Prisons, Ogun State Command, CP Benson Abolade said the suspect was arrested for trafficking on Prison, which was against the prison operation and a threat to national security. He continued by saying, Fatima will be prosecuted in order to act as a deterrent to others. 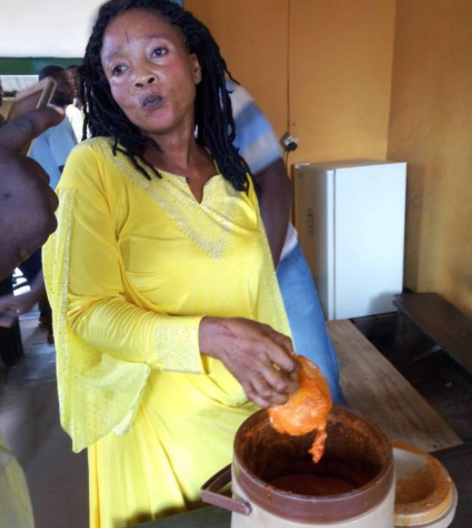 China urges U.S. not to allow Taiwan president to transit through its territories