Despite Court ruling, the Oyo State Government finally made true its decision to demolition popular singer Yinka Ayefele’s Music House in Ibadan and some residents of Oyo state have come out to protest the action of the governor Abiola Ajimobi.

One of the angry residents, a lady, took her protest to  another level when she almost stripped completely unclad to join others in raining curses on the state government for demolishing the studio. 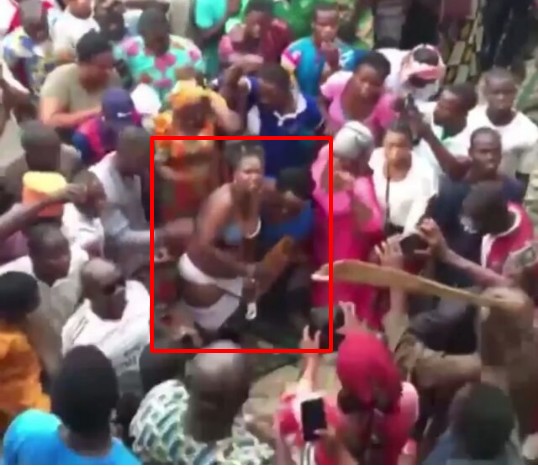 I Will Defeat Atiku In Adamawa – Rochas Okorocha Boasts