US-Nigerian rapper, Youngsix has accused D’Banj’s former manager, Bankulli of ‘stealing’ ideas from the new generation of artistes and passing it off as his own.

Youngsix also alleged that the Nigerian producer acts as a ‘gate keeper’ for up and coming musicians and charges them to meet with US rapper turned mogul Kanye West.

READ ALSO: President of Peru to announce referendum on immunity of Parliamentary

The rapper took to Instagram to post a video of him accusing Bankulli for wrong doings. He said:

“But instead you steal from my generation and make it look like you invented that sh!t. You’re a [email protected]&king thief. If you’re doing that, respect yourself.”

However, Nigerian producer, Bankulli seemed baffled by the outcry made by Youngsix as it appeared he had no prior knowledge of the rapper’s actions.

Right in the comments’ section of the video posted by Youngsix, Bankulli asked that ‘what is this all about?’ to express his bewilderment. He wrote:

“I hope all is well. What is this all about. Stay safe.” 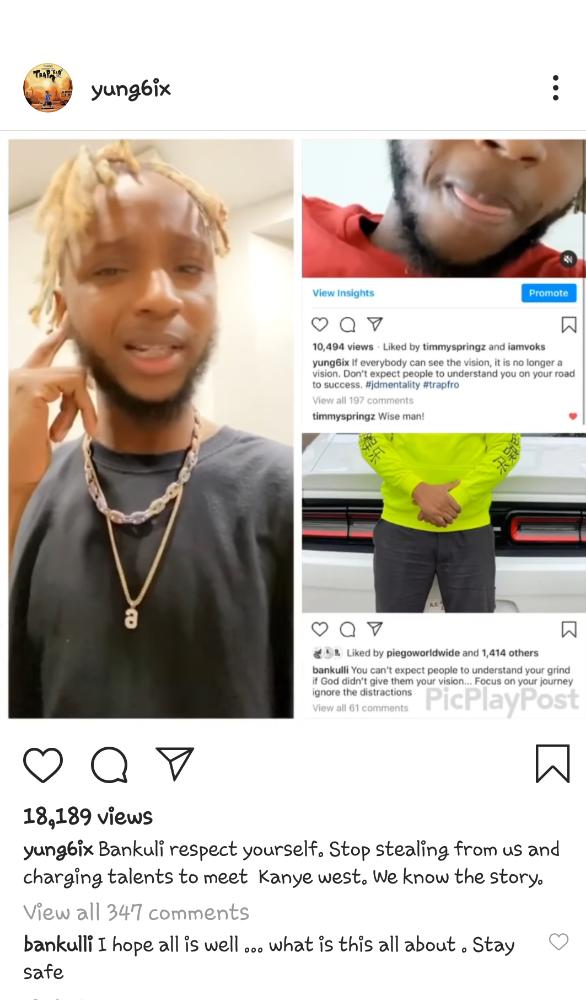