A former Zenith Bank Executive Director, Mr. Udom Gabriel Emmanuel, has been appointed the Secretary to the State Government of Akwa Ibom by the State Governor Godswill Akpabio.

In a statement from the government,  Governor Godswill Akpabio thanked erstwhile Secretary of the State Government, Obong Umana Okon Umana, for his contributions to the “Uncommon Transformation” of the Akwa Ibom State.

Umana is perceived to have been pushed out of thee plum position which he held for almost a decade due to his desire to seek the gubernatorial ticket in the 2015 elections.

Mr. Udom Emmanuel is from Onna Local Government Area in Eket Senatorial District. The district is the area many believe the governor wants the next Governor to emerge from. 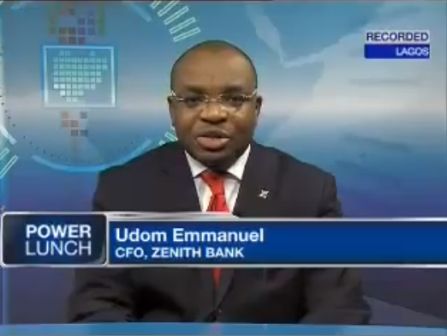 OPINION: How Sanusi’s New Policy Is Protecting The Economy And Forcing Banks To Think Outside The Box

Political instability in some African countries alienating citizens from govt –…