Dino Melaye Gifts Aide With A 1992 Honda Accord

The Senator representing Kogi state in the House of Assembly, Dino Melaye, known for his love for cars recently gave out an Honda Accord 1992 model to one of his aides.

The Senator agave out the vintage vehicle to his Special assistant on media.

The act was made known on Facebook by a social media user identified as Precious C. Eze.

Kogi State’s Senator Dino Melaye present a 1992 Honda Accord as gift to his Special Assistant (SA) on Media.

Well, congrats to the SA Media and hope his salary is enough to repair this car every other day.

But this Dino wicked shaaaa!

With all the MACHINES we see him flaunt around, nah 1992 Honda of all cars em see give this guy???” 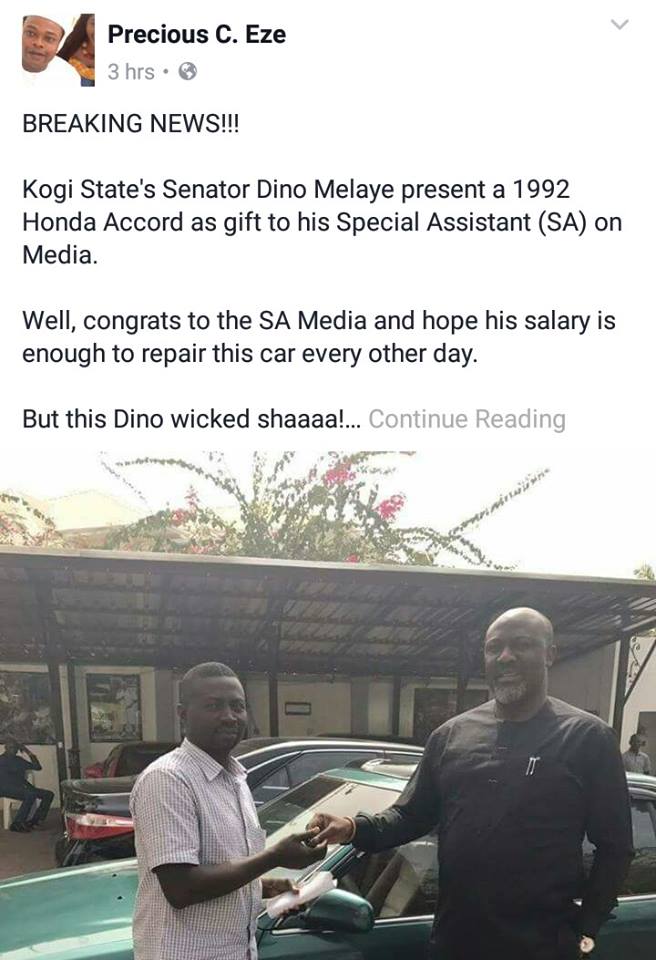 PHOTOS: Pastor Caught In Hotel Bed With Another Man’s Wife