Wolverhampton Wanderers made history today as they became only the second team to do a league double over a Pep Guardiola’s side in his illustrious managerial career. 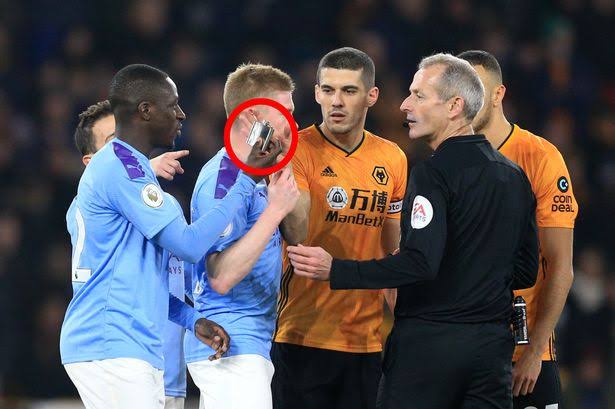 Man City looked like they undid themselves early in the match when goalkeeper Ederson was issued a straight red for bringing down Wolves’ Jota but a Raheem Sterling brace 25 minutes apart soon erased that incident from their minds and maybe from the minds of most football pundits around the world. What no one would have imagined was that all would be the perfect prologue for a night of heart-stopping footballing drama that would soon follow.

A low and hard short from Adams Traore from outside the 18 yard would prove too difficult for the goalkeeper to bring the home side back into the match.

Thanks to the extra man advantage Wolves were continually on the front foot as they pressed for the equaliser which eventually came at the end of an absolute gift by Man City’s Mendy, who failed to clear his lines, waited for again, Adams Traore to pick his pocket followed by a pass which nutmegged Fernandinho fell pin-point for Raul Jimenez who tapped in pass the goalkeeper.

When you thought it couldn’t get worse for the cityzens it did. Defender, Doherty went pass two City’s defenders in a striker’s fashion before hiting his shot hard and low pass the substitute goalkeeper to make it a perfect turnaround for Wolves on the night.

The lose means Man City remains third on the log, 14 points adrift Liverpool who have a game in hand, and the title hopes may have just flown out the window.