The Nigeria Police Force has revealed its plans to deploy more than 300,000 officers to different parts of the country, ahead of the presidential elections this Saturday.

Before now, the IG of Police has sent 6 DIGs (Deputy Inspector General) to monitor electoral activities in all the six geopolitical regions in Nigeria.

While speaking with reporters from Punch, Frank Mba, the Public Relations Officer for the Police, explained that all deployed DIGs would relocate to their stations unfailingly by Monday. He further stated that the IG himself will come up with a strategic operational plan for the election in Abuja. 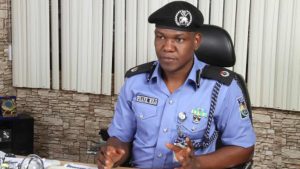 Although the PRO refused to mention the number of policemen that would be deployed during the election, he stated, “Almost every policeman in the country would be on election duty; that is why we are withdrawing policemen from VIPs.

“Even police personnel in the offices, in control room, including those on decoy operation or intelligence, everyone would be on duty. Our Medical personnel would also be on standby; we are maximally deploying all our resources and personnel for this election.”

The PRO further revealed more details about the total number of policemen to be used. He said, “We are deploying maximally and would be making utmost use of our human and material resources and the deployment would be overt and covert.

“Deployment of helicopters will be based on exigencies; both the air wing and the marine unit are fully at alert. The canine and the mounted troopers are also fully activated as well as the Explosives and Ordinance Department.”

When asked about the major points that the force will pay attention to, Mba responded,

“For security reasons, we would not want to label states. We think that would not be productive. The only thing I can say is that the DIGs have been deployed by the IG. They are moving out to supervise the arrangements in each of the geopolitical zones. Most of them should be at their geopolitical zones by Monday.”

I have nothing against Kaduna Christians – El-Rufai