5 Things Nigeria Coach Stephen Keshi Should Experiment with vs. Mexico 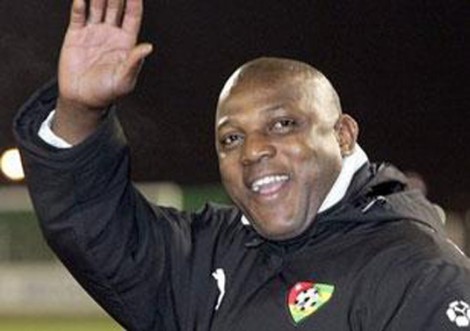 Nigeria’s upcoming friendly match with Mexico provides an invaluable opportunity for Stephen Keshi to assess his options ahead of the World Cup. It also offers fans and observers fascinating insight into the Super Eagles’ likely approach and make-up for the centrepiece occasion in Brazil.

The announcement of the squad raised a few eyebrows—some of Keshi’s stalwarts, men like Ideye Brown, Sunday Mba and Chigozie Agbim were overlooked, while some new players were invited into the fold.

Among the roster, one can find both the old (Joseph Yobo) and the new (Imoh Ezekiel). Players at both ends of this spectrum will be hoping to make an impression in order to ensure their spot on the plane to Rio.

In 2013 friendlies against Italy, Burkina Faso and South Africa, Keshi opted to play Austin Ejide in goal rather than the first-choice stopper Vincent Enyeama.

Ejide is a fine and competent keeper, and there are merits in giving the reserve some game time and the opportunity to establish a rapport with the defenders ahead of him. However, following some shaky defensive showings, it might be worthwhile for Enyeama to develop his understanding with the likes of Godfrey Oboabona, Kenneth Omeruo and, potentially, Joseph Yobo.

Enyeama Behind the Defence

In the upcoming friendly with Mexico, Keshi should not experiment with Ejide behind the defence at this stage, but concentrate on building the rapport among his first-choice defensive triangle.

This is the more worthwhile exercise and, particularly against the attacking menace of Mexico, would be an invaluable experience for Enyeama and his protectors.

Ramon Azeez as the “Third Man”

One issue that Keshi has struggled to resolve over the last 12 months has been the identity of the third midfielder in his 4-3-3 formation.

Two of his personnel, John Obi Mikel and Ogenyi Onazi, will not be shifted from the line-up, but their placement has yet to be decided. In the absence of a definite solution, this potential starter has become known purely as the “Third Man”.

Over 2013, the likes of Nosa Igiebor, Sunday Mba, Fegor Ogude, Nwankwo Obiorah, John Ogu and Nnamdi Oduamadi have all attempted to make the role their own. One by one, each has fallen by the wayside.

Rather than turn back to one of these figures or attempt to recall Dynamo Kyiv midfielder Lukman Haruna, Keshi has instead opted to invite Almeria’s Ramon Azeez into the camp.

The 21-year-old brings defensive resiliency and a tactical maturity to the mix, and he currently looks like the favourite to take on the mantle of the “Third Man” for Wednesday’s friendly.

Goal Nigeria’s Solace Chukwu believes the call-up of Azeez is “a step in the right direction and would free up the Mikel-Onazi axis to play farther forward.”

We will see whether Keshi shares Chukwu’s vision against Mexico.

Ameobi as the Sole Physical Influence

Both men have been regularly assessed by Keshi over the last year and while neither made the Cup of Nations squad in January (for different reasons), their excellent showings against Italy in late 2013 boded well for their potential summer plans.

It seemed unlikely, however, than Keshi would take both men, and Dike’s injury appears to have cleared the way for Ameobi to seal a squad place.

The Newcastle man still remains a fairly unknown quantity at international level and it’s hard to know exactly what Keshi has planned for him.

The friendly against Mexico provides an invaluable opportunity for Keshi to experiment with Ameobi, a striker who offers such different qualities than his other offensive options.

Whether the Geordie starts the match or comes on as an impact sub, it will be fascinating to see how he can assert himself as Nigeria’s sole target man.

The key headline to emerge from the squad named by Keshi ahead of the Mexico friendly is the inclusion of the returning Joseph Yobo.

The former Everton man remains the squad’s nominal captain, but had been overlooked completely since the Cup of Nations.

The exact motivation behind Yobo’s recall remains a mystery.

Did Keshi always plan to reinstate his skipper ahead of the World Cup? Has he lost faith in the pairing of Kenneth Omeruo and Godfrey Oboabona? Have Yobo’s performances at Norwich since arriving on loan from Fenerbahce been so irresistible?

After losing his place to Kenneth Omeruo during the AFCON, Yobo enjoyed an influential role as a late substitute, entering contests when Nigeria were leading to “steady the ship.”

The friendly against Mexico provides the watching world with an opportunity to learn whether it is to this end Yobo has been recalled or whether the Big Boss has decided to reinstate his captain to the starting line-up.

A New Face in the Goal Rush

During the Confederations Cup in the summer of 2013, Nigeria lookedshockingly impotent up front.

The trio of Anthony Ujah, Joseph Akpala and Mohammed Gambo looked sub-standard and exposed a potential paucity in the squad.

The return from injury of Emmanuel Emenike has certainly helped the side, but Victor Moses’ toils at Liverpool are a cause for concern. Ideye Brown has been dropped from the latest squad following his goal-shy showings, while potential attacking threats Peter Odemwingie, Ike Uche and Obafemi Martins have all been overlooked after losing Keshi’s favour.

To head off these potential inadequacies in the squad, the “Big Boss” has turned to Standard Liege’s young striker Imoh Ezekiel. The forward will certainly be a key name in Nigeria’s future, but is he ready right now?

With Belgium circling, Keshi might have felt pressured into including Ezekiel in order to co-opt him into the Super Eagles set-up. He has been an electric presence in the Jupiler League. If he can make an impact against Mexico, he may well be in line for World Cup acknowledgement.