Well its seems like Connor McGregor’s psychological attacks on Mayweather wouldnt be stopping anytime soon as he keeps on, hitting on everything related to the boxing champ in any way.

His latest attempt at Mayweather was 50 cent and he didnt mince words for their bromance while once again addressing Mayweather’s current financial situation;

“what the fuck wrong wit this white boy, you fighting Floyd not me fool. LOL”

see the picture below, 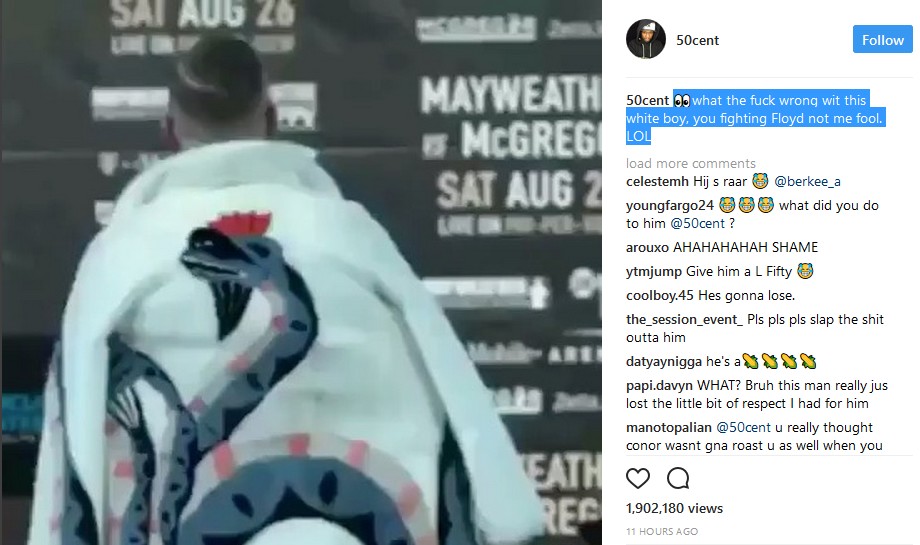 A few hours later, 50 cent added another post to pile on the clapback for McGregor; 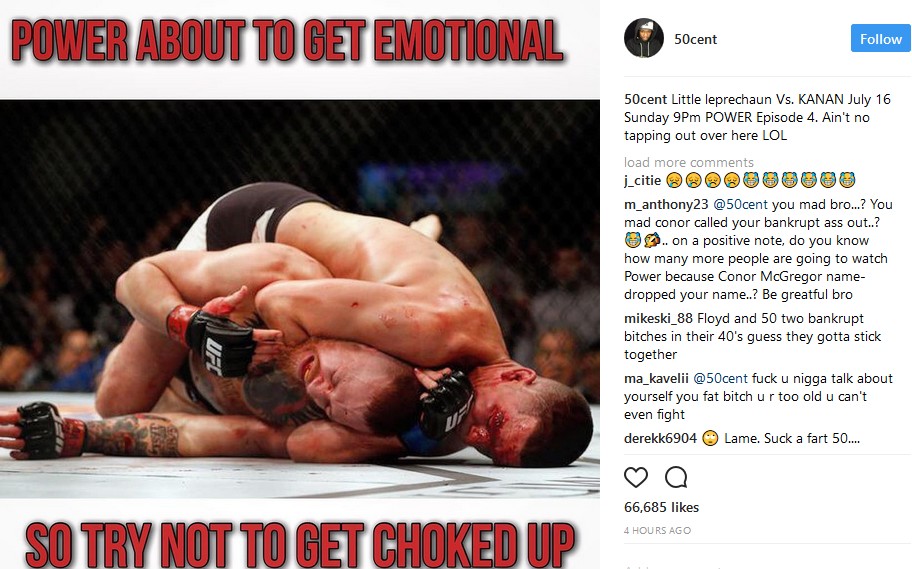 We will expect things to get a bit dicey from here on out….