Lagos University Teaching Hospital (LUTH) has announced that a 68-year old woman became a proud mother of twins at the ripe age of 68.

The Hospital which made the announcement in a statement further disclosed that it was the couple’s first pregnancy.

“LUTH has successfully delivered a 68-year-old primigravida (pregnant for the first time) with twin (a male and a female) gestation (pregnancy) following an IVF conception. She was delivered through an elective Caesarean section at 37 weeks gestation on Tuesday, 14 April, 2020.

“The IVF and embryo transfer were done at an outside facility. She was thereafter referred to LUTH at early gestation and subsequently managed till term.

“This is the first in LUTH, Nigeria and Africa! Mothers and babies are well.” 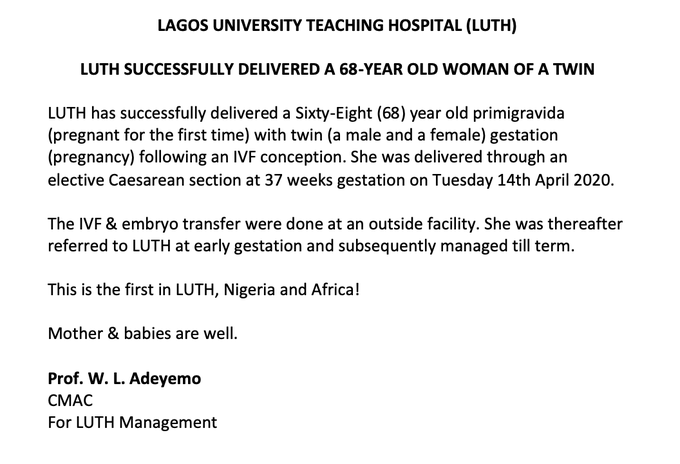 Nigerians have showered the couple with congratulatory messages and prayers for the newborns.